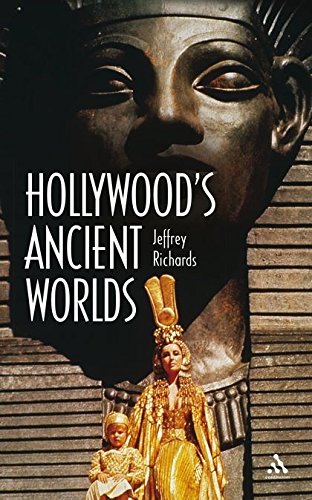 Jeffrey Richards examines the cultural, social, economic and technological circumstances that dictated the rise and decline of each successive cycle of Ancient World epics, from the silent film era, to the "golden age" of the 1950s, right up to the present day (Gladiator, 300, Rome). Analysis reveals that historical films are always as much about the time in which they are made as they are about the time in which they are set. The ancient world is often used to deliver messages to the contemporary audience about the present: hostility to totalitarian regimes both Fascist and Communist, concern at the decline of Christianity, support for the new state of Israel, celebrations of equality and democracy, and concern about changing gender roles. The whole adds up to a fresh look at a body of films that people think they know, but about which they will learn a good deal more.

About the Author: JEFFREY RICHARDS is Professor of Cultural History at Lancaster University, UK, and has published widely on different aspects of Victorian culture. His most recent publications include Imperialism and Music, Sir Henry Irving: A Victorian Actor and his World and Hollywood's Ancient Worlds.

Book Description Bloomsbury Academic, 2008. Condition: Good. A+ Customer service! Satisfaction Guaranteed! Book is in Used-Good condition. Pages and cover are clean and intact. Used items may not include supplementary materials such as CDs or access codes. May show signs of minor shelf wear and contain limited notes and highlighting. Seller Inventory # 1847250076-2-4

Book Description Brand: Bloomsbury Academic, 2008. Hardcover. Condition: GOOD. Has little wear to the cover and pages. Contains some markings such as highlighting and writing. Supplemental materials are not guaranteed with any used book purchases. Seller Inventory # 1847250076_abe_gd

Book Description Condition: good. May show signs of wear, highlighting, writing, and previous use. This item may be a former library book with typical markings. No guarantee on products that contain supplements Your satisfaction is 100% guaranteed. Twenty-five year bookseller with shipments to over fifty million happy customers. Seller Inventory # 5565030-5