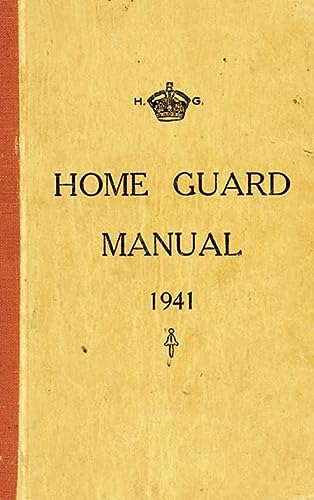 Synopsis: Two weeks before Dunkirk, Anthony Eden, Minister of War, announced to the nation on BBC radio his concept of a Local Defence Volunteer force. It was a grim time! The Germans were routing the French and British in Belgium and France, Norway was lost, and within two weeks, the cream of Britain's fighting forces would be weaponless and kit-less, seeking rescue from the beaches of Dunkirk. Eden's words echoed around every living room in the country: 'In order to volunteer, what you have to do is give in your name at your local police station; and then, as and when we want you, we will let you know.' The motley assortment of men, most either too old or too young to join the army, became the nucleus of the Home Guard. Untried and without weapons, they would be called upon to halt the invasion that Hitler planned as he stood on the cliffs near Calais, eyeing Britain and its populace as his next conquest. Over a period of a few months, this rag-tag group was armed, uniformed and trained, using the Home Guard Manual. Learning how to construct booby traps, destroy tanks, ambush the enemy, survive in the open, use basic camouflage, read maps and send signals, the fledgling volunteer was turned into a veritable fighting machine, leaving the army to retrain, re-equip and fight elsewhere.

About the Author: Campbell McCutcheon has had a life-long interest in the Olympic-class vessels and naval shipping. He has written extensively on the subject along with some Military History and Bradshaw’s Railway titles for Amberley. He lives in Gloucestershire, but he was born within sight and sound of the water and has been interested in ships from a young age.

Book Description Amberley Publishing, 2010. Paperback. Condition: Used; Good. Dispatched, from the UK, within 48 hours of ordering. This book is in good condition but will show signs of previous ownership. Please expect some creasing to the spine and/or minor damage to the cover. Ex-library book with stamps on the first page, it is also likely to have a small shelf number sticker on the spine. Seller Inventory # CHL5437443

Book Description -. Paperback. Condition: Very Good. The Home Guard Manual 1941 This book is in very good condition and will be shipped within 24 hours of ordering. The cover may have some limited signs of wear but the pages are clean, intact and the spine remains undamaged. This book has clearly been well maintained and looked after thus far. Money back guarantee if you are not satisfied. See all our books here, order more than 1 book and get discounted shipping. Seller Inventory # 7719-9781445600475

Book Description Paperback. Condition: Very Good. The book has been read, but is in excellent condition. Pages are intact and not marred by notes or highlighting. The spine remains undamaged. Seller Inventory # GOR004566270

Book Description Amberley Publishing, 2010. Paperback. Condition: Used; Good. **Simply Brit** Shipped with Premium postal service within 24 hours from the UK with impressive delivery time. We have dispatched from our book depository; items of good condition to over ten million satisfied customers worldwide. We are committed to providing you with reliable and efficient service at all times. Seller Inventory # 1942156

Book Description Amberley Publishing, 2010. Paperback. Condition: Used; Good. **SHIPPED FROM UK** We believe you will be completely satisfied with our quick and reliable service. All orders are dispatched as swiftly as possible! Buy with confidence!. Seller Inventory # 2956054

Book Description Amberley Publishing 15/06/2010, 2010. Paperback. Condition: Very Good. Shipped within 24 hours from our UK warehouse. Clean, undamaged book with no damage to pages and minimal wear to the cover. Spine still tight, in very good condition. Remember if you are not happy, you are covered by our 100% money back guarantee. Seller Inventory # 6545-9781445600475

Shipping: US$ 13.06
From United Kingdom to U.S.A.
Destination, rates & speeds