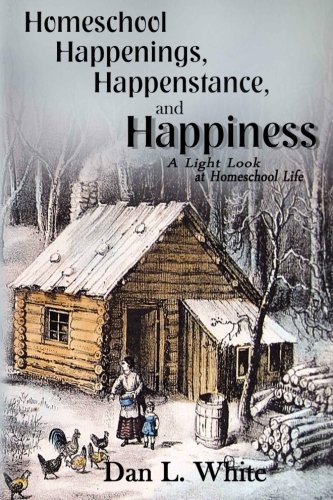 Homeschool pioneers Margie and Dan White reflect on their homeschool experiences from 1976 until today. With Homeschool Helpers, they have held hundreds of homeschool activities and have put out a quarter million words of encouragement. This book includes the top tenth of those writings, everything from homeschooling in the world today to unforgettable family episodes. Such as – “Most people do not see themselves as part of history. If you are a Christian homeschool family, you are part of one of the great religious movements in the history of America, perhaps the greatest. Just as God put the Jews back in the Holy Land, just as He is drawing some Jews to follow Christ, so He is calling you to follow the Messiah directly.” “Eventually, as it always does, truth had to prevail. I had half a hot pink truck. I’m not an overly proud man, I wear jeans and drive old vehicles, and this is really laid back country, but there was absolutely no way I was driving that half a hot pink truck into Hartville.” “With no institutions supporting it, and all of them opposing it, why in the world did homeschooling grow by perhaps 20% a year?” We taught all our five kids to read, starting at about age two. We had no idea that they were not “ready to learn.” “ This book is about family, faith and fun – Homeschool happenings, happenstance, and happiness!