Home Helen Garner This House of Grief: The Story of a Murder Trial 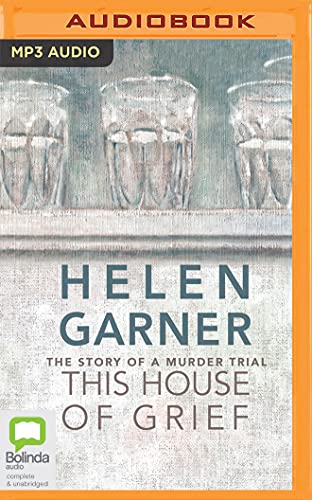 This House of Grief: The Story of a Murder Trial

This House of Grief is a heartbreaking audiobook by one of Australia’s most admired authors.

Anyone can see the place where the children died. You take the Princes Highway past Geelong, and keep going west in the direction of Colac. Late in August 2006, soon after I had watched a magistrate commit Robert Farquharson to stand trial before a jury on three charges of murder, I headed out that way on a Sunday morning, across the great volcanic plain.

On the evening of 4 September 2005, Father’s Day, Robert Farquharson, a separated husband, was driving his three sons home to their mother, Cindy, when his car left the road and plunged into a dam. The boys, aged 10, seven, and two, drowned. Was this an act of revenge or a tragic accident?

The court case became Helen Garner’s obsession. She followed it on its protracted course until the final verdict.

In this utterly compelling audiobook, Helen Garner tells the story of a man and his broken life. She presents the theatre of the courtroom with its actors and audience—all gathered to witness to the truth—players in the extraordinary and unpredictable drama of the quest for justice.

Helen Garner: Helen Garner was born in 1942 in Geelong. Her first novel, Monkey Grip, came out in 1977, won the 1978 National Book Council Award, and was adapted for film in 1981.
Since then she has published novels, short stories, essays, and feature journalism. Her screenplay The Last Days of Chez Nous was filmed in 1990. Garner has won many prizes, among them a Walkley Award for her 1993 article about the murder of two-year-old Daniel Valerio.
In 1995 she published The First Stone, a controversial account of a Melbourne University sexual harassment case. Joe Cinque’s Consolation (2004) was a non-fiction study of two murder trials in Canberra.
In 2006 Helen Garner received the inaugural Melbourne Prize for Literature.
Her most recent novel, The Spare Room (2008), has been translated into many languages.

1. This House of Grief

2. This House of Grief