Items related to THE INFINITE PLAN: A Novel 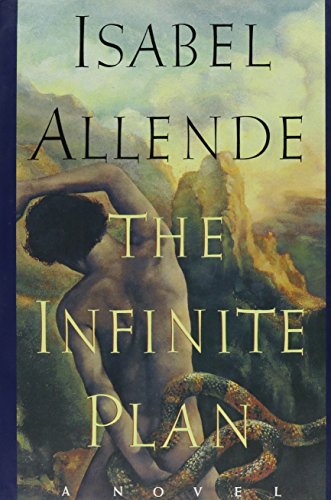 THE INFINITE PLAN: A Novel

Signed by author in black fountain ink on title page. Gregory Reeves is the son of an artist and self-styled preacher who wanders through the American West with his family in a caravan during the 1940s, preaching a divine vision he has received of the meaning of life and nature of the universe: The Infinite Plan. When the elder Reeves falls ill, the family is forced to abandon its nomadic ways and settle in a Hispanic barrio of Los Angeles. A new life begins there for Gregory: school (for the first time), gangs, sex, books and ideas, work--much of this in Spanish, a new language. As he explores the mysterious world of the barrio, he meets the people who will shape his future, among them Pedro and Immaculada Morales, who become his surrogate parents and provide him with the love and security his own family cannot give him. As Gregory's story unfolds, we follow his struggle to survive--persecution by the gangs in the barrio, the horrors of the war in Vietnam--and to be successful. A lawyer in San Francisco after he returns from the killing fields of Vietnam, Gregory pursues money and possessions, looks for love with the wrong woman, parties, abuses alcohol, neglects his children, and loses himself in an illusory and wrongheaded quest. Eventually, after many false turns, Gregory's search for love and for his soul brings him full circle back to his roots and ahead to a new life with the nameless storyteller who is passing along to us the tale Gregory told her. A story rich in character and plot, THE INFINITE PLAN weaves a vivid, passionate, and engrossing tapestry of American life in a novel as irresistibly entertaining as any Isabel Allende has written. Fine, in fine, mylar-protected dust jacket. L13. Bookseller Inventory # 6032

Title: THE INFINITE PLAN: A Novel

Gregory Reeves, the son of a self-styled preacher, struggles to overcome his childhood of poverty and neglect and to take control of his destiny. By the author of House of the Spirits. 100,000 first printing. $125,000 ad/promo. BOMC. QPB. Tour.

In The Infinite Plan, critically acclaimed, bestselling author Isabel Allende weaves a vivid and engrossing tale of one man's search for love and his struggle to come to terms with a childhood of poverty and neglect. It is the story of Gregory Reeves and his hard journey from L.A.'s Hispanic barrio to the killing fields of Vietnam to the frenetic world of a San Francisco lawyer. Along the way, he loses himself in an illusory and wrongheaded quest, and only by circling back to his roots can he find what he is missing and what he wants more than anything in life.