Home Alexander M. Ross The Imprint of the Picturesque on Nineteenth-Century British ... 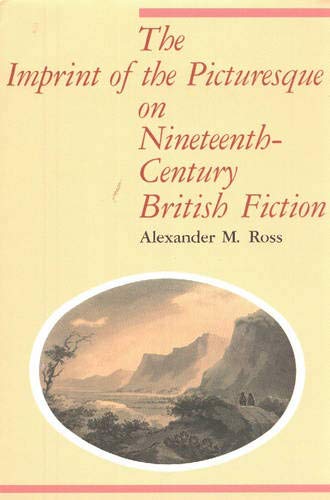 The Imprint of the Picturesque on Nineteenth-Century British Fiction

"Despite the negative criticism directed at its sentiment, its heartlessness, its superficiality, the picturesque remained in both art and fiction of Victorian England a mode of seeing that even the greatest of the artists and novelists relied upon from time to time so that their viewers and readers could rejoice in the instant recognition of place and character distinctly limned and sometimes subtly enough to elicit sympathy" (Preface).

After briefly tracing the development of the theory of the picturesque in the eighteenth-century writings of William Gilpin, Sir Uvedale Price, and Richard Payne Knight and examining how nineteenth-century novelists accommodated aesthetic theory to the practice of fiction, Ross focuses on the use of the picturesque in the works of Sir Walter Scott, Charlotte Bronte, Charles Dickens, George Eliot, and Thomas Hardy. The persistence of the picturesque through novels ranging from Waverley to Jude the Obscure and in writers like Dickens and Eliot, who had little respect for its conventions, attests to its strength and attraction in nineteenth-century literature.

Alexander M. Ross was formerly Chairman of the Department of English Language and Literature at the University of Guelph. He graduated from Queen’s University in 1940. After service overseas, he took his M.A. from Queen’s and a Diploma in Education from the University of London. His publications include The College on the Hill, a History of the Ontario Agricultural College and William Henry Bartlett, Artist, Author, and Traveller. Professor Ross is now retired and lives near Portland–on–the–Rideau in eastern Ontario.

1. The Imprint of the Picturesque on Nineteenth-Century British Fiction

Book Description Wilfrid Laurier Univ Pr, 1986. Condition: Good. Former Library book. Shows some signs of wear, and may have some markings on the inside. Seller Inventory # GRP26839475

2. The Imprint of the Picturesque on Nineteenth-Century British Fiction

Shipping: US$ 12.95
From Canada to U.S.A.
Destination, rates & speeds
#renderBDPScripts()