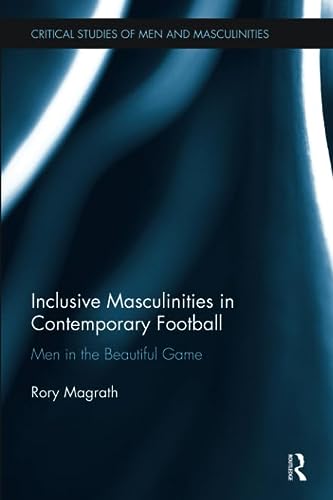 Inclusive Masculinities in Contemporary Football: Men in the Beautiful Game (Critical Studies of Men and Masculinities)

Football has traditionally been an institution hostile toward sexual minorities. Boys and men in the sport have deployed high levels of homophobia for multiple reasons. However, the ground-breaking research within this book shows that intolerant attitudes toward gay men are increasingly being challenged. Based on unprecedented access to Premier League academies, Inclusive Masculinities in Contemporary Football: Men in the Beautiful Game explores these changing attitudes toward homophobia in football today.

Revealing a range of masculine identities never before empirically measured at this level of football, this book discusses the implications for the complex and enclosed structures of professional sport, and extends our understanding of contemporary masculinity. It also offers fresh insights to the importance of "banter" in the development of relationships and identities. This culture of banter often plays a paradoxical role, both facilitating and disrupting friendships formed between male footballers.

As the first title in the Routledge Critical Studies of Men and Masculinities Series, this book is fascinating reading for all students and scholars interested in football and the study of gender, sexuality and the sociology of sport.

Rory Magrath is a Lecturer in the School of Sport, Health and Social Sciences at Southampton Solent University, UK. His research focuses on the effects of declining homophobia in British sport, and how this impacts on the expression of contemporary masculinity. He has conducted research with footballers from Premier League academies and universities, as well as British football fans. His research has received media attention from The Guardian, BBC Radio 5 Live and London Evening Standard