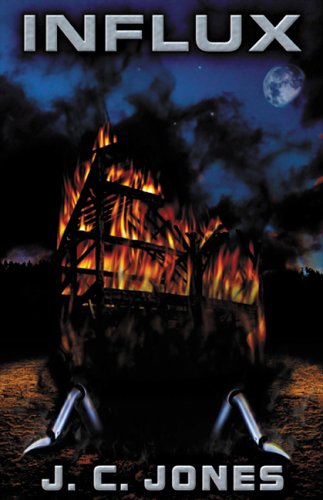 After stumbling across what appears to be a covert Lunar landing, Brett Williams, a junior software engineer at NASA's JPL, unwittingly discovers that humanity is not alone in the universe.

The discovery quickly turns into full-blown military defense, as the force turns its attention Earthwards.

A hastily assembled team of military and civilian experts is the only thing that stands in its way.

The eve of destruction is dawning--humanity's first alien contact may just turn out to be its last.

When the Apollo 12 returned to earth in 1972, its crew left behind a collection of seismic monitors. Thirty-five years later, NASA engineer Brett Williams has discovered something startling in the ALSEP readouts. Something is moving on the surface of the moon...

"J.C. Jones presents a frighteningly real and plausibly apocalyptic modern twist on H.G. Wells, War of the Worlds. These bogeys... prove to be far more frightening than the bogeyman in your closet could ever hope to be. Forget Independence Day [as] Influx takes the stage. Definitely a must read for all Sci-Fi fans."
--Jim Bless, ShadowGlass E-Magazine.

"Influx is a rollicking near-future SF action story that starts and finishes with the sinister. The plot thumps along at an accelerating pace, promises a fusion closure, yet ends with something far more satisfying-and even more sinister. A recommended read."
--Ion Newcombe, Editor, AntipodeanSF.

"The plot unfolds with a steady increase in tension, panning from character to character in classic movie style. Each character is deftly drawn and their place in the ultimate ending only to be guessed at. Influx lends itself to motion picture adaption, being a great mix of both action-adventure and science-fiction."
--Donna Maree Hanson, Aust Speculative Fiction.