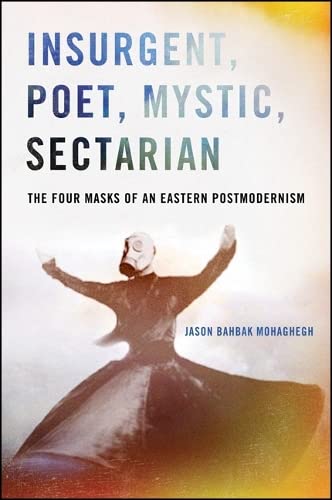 The insurgent, the poet, the mystic, the sectarian: these are four modes of subjectivity that have emerged amid Middle Eastern thought’s attempt to reverse, dethrone, or supersede modernity. Providing a theoretical overview of each of these existential stances, Jason Bahbak Mohaghegh engages the views of thinkers and artists of the last several decades, primarily from Iran, but also from Arab, Turkish, North African, Armenian, Afghani, Chechen, and Kurdish backgrounds. He explores various dimensions of the Middle Eastern experience at the threshold of the postmodern moment, including revolutionary ideology, avant-garde literature, new-wave cinema, and radical-extremist thought. The profound reinvention of concepts characteristic of such work―fatalism, insurrection, disappearance, siege―provide unique interpretations and confrontations with the modern period and its relationship to those who presumably fall outside its boundaries of self-consciousness. Expanding the conversation, Mohaghegh contrasts the impressions of the Middle Eastern figures considered with those of the most incisive Western thinkers of modernity, such as Nietzsche, Heidegger, and Baudrillard, to offer an original global vision that crosses the East-West divide.

Jason Bahbak Mohaghegh is Assistant Professor of Comparative Literature at Babson College and author of Silence in Middle Eastern and Western Thought: The Radical Unspoken; The Writing of Violence in the Middle East: Inflictions; and New Literature and Philosophy of the Middle East: The Chaotic Imagination.

Book Description Condition: Good. Book is in Used-Good condition. Pages and cover are clean and intact. Used items may not include supplementary materials such as CDs or access codes. May show signs of minor shelf wear and contain limited notes and highlighting. Seller Inventory # 1438456107-2-4

Book Description Condition: Good. Buy with confidence! Book is in good condition with minor wear to the pages, binding, and minor marks within. Seller Inventory # bk1438456107xvz189zvxgdd