Items related to Iranians in Texas: Migration, Politics, and Ethnic... 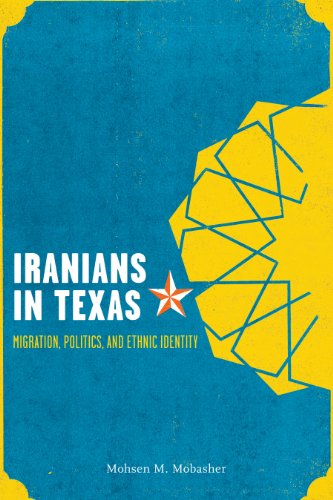 Thousands of Iranians fled their homeland when the 1978–1979 revolution ended the fifty-year reign of the Pahlavi Dynasty. Some fled to Europe and Canada, while others settled in the United States, where anti-Iranian sentiment flared as the hostage crisis unfolded. For those who chose America, Texas became the fourth-largest settlement area, ultimately proving to be a place of paradox for any Middle Easterner in exile. Iranians in Texas culls data, interviews, and participant observations in Iranian communities in Houston, Dallas, and Austin to reveal the difficult, private world of cultural pride, religious experience, marginality, culture clashes, and other aspects of the lives of these immigrants.

Examining the political nature of immigration and how the originating and receiving countries shape the prospects of integration, Mohsen Mobasher incorporates his own experience as a Texas scholar born in Iran. Tracing current anti-Muslim sentiment to the Iranian hostage crisis, two decades before 9/11, he observes a radically negative shift in American public opinion that forced thousands of Iranians in the United States to suddenly be subjected to stigmatization and viewed as enemies. The book also sheds light on the transformation of the Iranian family in exile and some of the major challenges that second-generation Iranians face in their interactions with their parents.

Bringing to life a unique population in the context of global politics, Iranians in Texas overturns stereotypes while echoing diverse voices.

Mohsen M. Mobasher teaches anthropology and sociology as an Associate Professor at the University of Houston-Downtown. Born in Tehran, Iran, he moved to Texas in 1978 as a teenager. He is the coauthor of Migration, Globalization, and Ethnic Relations.