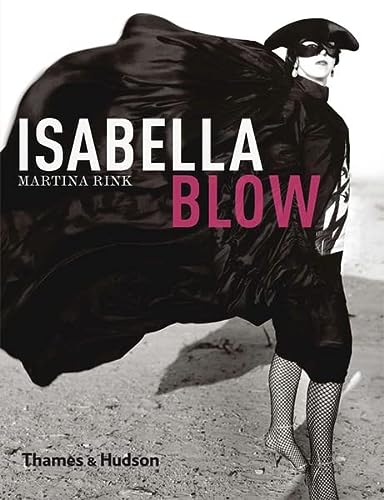 A marvelously illustrated look at the world and the work of Isabella Blow, a central figure in the contemporary fashion world.

From her early days bringing legendary artists such as Michel Basquiat into the offices of American Vogue to the twenty-first-century drama of her televised attempted takeover of the Indian and Middle-Eastern fashion industries, the awesome Isabella Blow pushed boundaries in the fashion world, using her personality as her most offensive weapon. Famous for discovering talents such as Alexander McQueen, Sophie Dahl, and Hussein Chalayan, she nurtured and inspired artists and designers across the industry, as well as serving as muse to the well-known milliner Philip Treacy. She was also a unique stylist, collaborating with major photographers such as Sean Ellis and Robert Astley Sparke on infamous shoots that combined gothic and erotic.

Martina Rink has brought together all those who were moved, influenced, discovered, and inspired by Isabella, in a volume that celebrates not only her life but also her outrageous personality, which left an indelible mark on all who met her. Texts and personal letters written exclusively for this book have been collected from legendary names in the fashion world, from Mario Testino and Manolo Blahnik to Hussein Chalayan and Anna Wintour. There are photographs by some of fashion’s greatest photographers, including Rankin, Donald McPherson, and Richard Burbridge, and illustrations by Hilary Knight and Paul Smith, in a homage to Isabella that celebrates her astonishing life. 120 color illustrations About the Author:

Martina Rink was assistant to Isabella Blow until Blow's tragic suicide in 2007.