Items related to James Ensor: Through the Eyes of Luc Tuymans 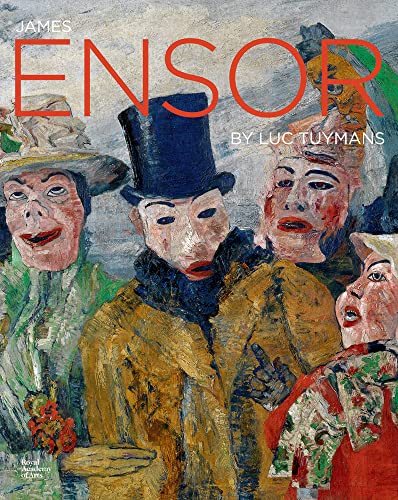 James Ensor: Through the Eyes of Luc Tuymans

Title: James Ensor: Through the Eyes of Luc Tuymans

James Ensor (1860–1949) produced some of the most unusual paintings of the late 19th and early 20th centuries. Marked by psychological complexity, contradictions, and sheer eccentricity, his works―featuring such bizarre subject matter as dressed-up skeletons and macabre carnival masks―have continued to baffle and intrigue in equal measure. Ensor was born in Ostend, Belgium, and despite his success barely left his home town during his lifetime; his family’s curio shop, which was filled with exotic objects including parrots, a monkey, and masks from around the world, surely influenced the imagery of his mature work. In this volume, published to accompany a major exhibition, essays explore Ensor’s life and legacy, while leading contemporary artist Luc Tuymans comments on his selection of Ensor’s works, offering a distinctive view of Ensor, one only another artist can provide.

Luc Tuymans, a Belgian painter, is a leading contemporary artist with works in major museums and collections worldwide. Herwig Todts is Conservator of Modern Art at the Royal Museum of Fine Arts, Antwerp.
Gerrit Vermeiren is one of the authors of Luc Tuymans: I Don’t Get It.