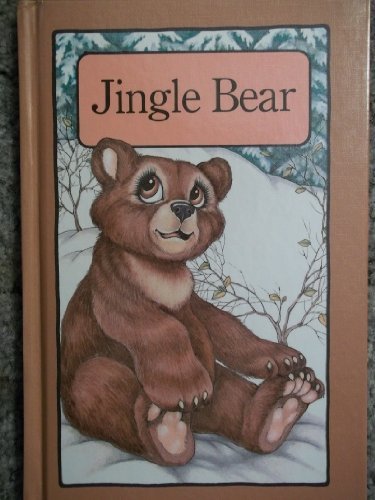 Synopsis: When the other bears get ready to hibernate for the winter, Jingle Bear decides to stay awake so he can see Father Snow.

About the Author: Stephen Cosgrove is one of the best-selling children’s book authors of all time. His writing career began in 1973. At the time, he was working as vice-president of an investment company. Shopping at bookstores for his three-year-old daughter, he was frustrated by the dearth of fun-to-read picture books that also convey positive values. Consequently, he decided to write his own stories. Teaming with Seattle illustrator Robin James, Cosgrove went on to create four titles that became the foundation of his best-selling Serendipity series, which have sold over 80 million copies worldwide. Since then, he has written more than 300 books, some under his own name and others using pseudonyms, ranging from picture books to young adult thrillers. His complete works have sold close to 100 million copies. Mr. Cosgrove has been honored by Idaho State Legislators for career achievement and has won the Coors Lumen Award for family values. He is also the winner of multiple Children’s Choice Awards. He lives in Austin, TX.

Robin James is a gifted illustrator and a native of the Pacific Northwest. She has loved art and animals all her life and has been drawing ever since she could hold a pencil. Through the years, she has created a wide variety of artwork from animal portraits to wildlife paintings and has illustrated over 75 children's books, and is published worldwide. She lives in Snohomish, WA.

Book Description Rourke Enterprises, Incorporated. Library Binding. Condition: Very Good. A copy that has been read, but remains in excellent condition. Pages are intact and are not marred by notes or highlighting, but may contain a neat previous owner name. The spine remains undamaged. At ThriftBooks, our motto is: Read More, Spend Less. Seller Inventory # G0865923396I4N00