Home Scott Peterson The Jungle Book: The Strength of the Wolf Is the Pack 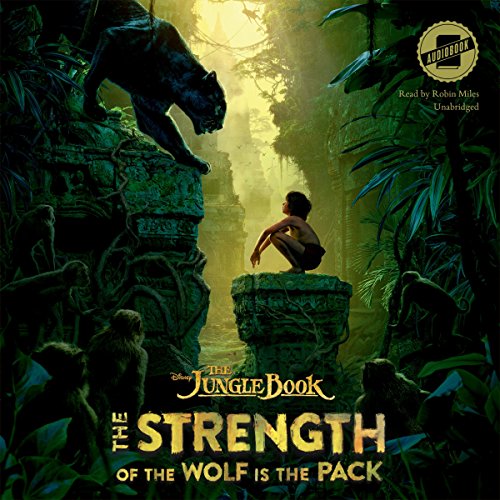 The Jungle Book: The Strength of the Wolf Is the Pack

Mowgli has lived in the Jungle for as long as he can remember. Raised by a noble wolf pack and mentored by a wise panther called Bagheera, Mowgli enjoys the rich, vibrant world of the animals. And while at times it is clear he doesn't quite fit in, he could never imagine leaving it.

But when a vengeful tiger makes a vow to remove the man-cub from the Jungle, Mowgli's world is turned upside down. With help from his new friend Baloo the bear, Mowgli finds himself on a journey to protect his animal family and himself -- a journey that could change things forever.

Will the man-cub be able to find his place in the Jungle?

About the Author: Disney Publishing Worldwide (DPW) is the world's largest publisher of children's books, magazines, and apps, with over 700 million products sold each year. DPW consists of an extensive worldwide books and magazines licensing structure as well as vertically integrated publishing imprints, including Disney-Hyperion and Disney Press in the US and Disney Libri in Italy. DPW's digital products include bestselling e-book titles and award-winning original apps. Disney English is DPW's English language learning business, which includes learning centers in China and a worldwide retail-licensing program. Headquartered in Glendale, California, DPW publishes books, magazines, and digital products in 85 countries in 75 languages.

1. The Jungle Book: The Strength of the Wolf Is the Pack