Items related to ALL KINDS OF LOVE 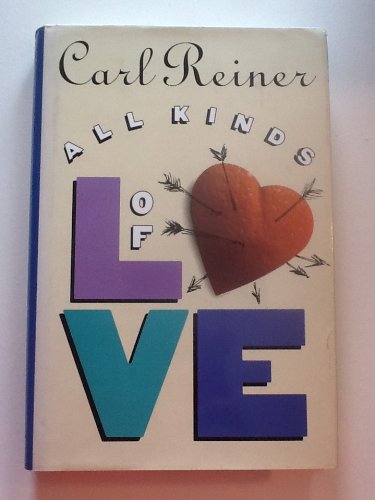 ALL KINDS OF LOVE

Title: ALL KINDS OF LOVE

In a tale of unconventional love, Fred and Sharon Cox are each separately having an affair with their alluring Japanese tutor, Hana Yoshi, while their son is plotting to run away with one of the twin Salvadoran housekeepers

The sexual philanderings of a well-to-do California family provide a subject for film director Reiner's farcical second novel (belatedly following Enter Laughing, 1958): a heavy-handed comedy whose stereotypical characters and predictable turns would probably have played better on the screen. When middle-aged independent film producer Fred Cox decides to hire a Japanese language instructor for a few lessons before he goes on vacation in that country with wife Sharon, he's as surprised as anyone when the instructor turns out to be tall, slender, drop-dead-gorgeous Hana Yoshi. Sharon, a pert California matron whose hair is dyed to match the family dog's fur, takes one look at Hana and decides she'd better sign up for lessons, too- -little realizing that while her husband will predictably become obsessed with the Japanese beauty, Sharon will also fall for her. Bored with each other, all pumped up by their personal trainer with nowhere to go, Sharon and Fred gleefully but separately throw themselves into language lessons taught while participating in Hana's sensuous massage, hot tub, and lovemaking sessions. Meanwhile, their 16-year-old son, Kevin, who's carrying on an affair with Maria--one of the Cox household's Salvadoran maids--is delighted when the three grown-ups trip off to Tokyo together, since this leaves the two young lovers with the run of the house in Bel Air. Before you can say, ``Whoops, I forgot the condoms,'' Kevin gets Maria pregnant, the couple flee to Miami in a panic, and the house of cards created by the family's shenanigans collapses- -causing Fred to suffer a heart attack, Sharon to divorce him and move in with Hana, and their son to become the proud if harassed teenaged father of the first of the next generation of Coxes. Silly, uptight comedy with a dated Sixties feel. -- Copyright ©1993, Kirkus Associates, LP. All rights reserved.