Items related to A Knight's Tale. The Shooting Script 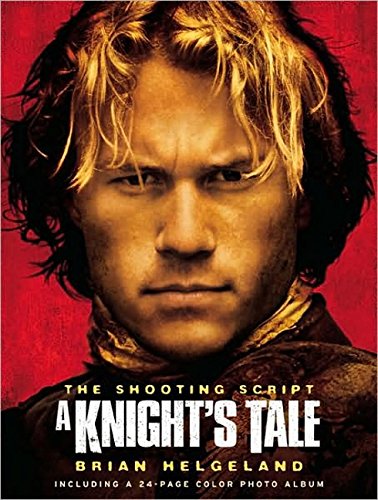 A Knight's Tale. The Shooting Script

Quantity Available: 1
View all  copies of this book
Buy New
Price: US$ 13.30 Convert Currency
Shipping: US$ 11.83 From Italy to U.S.A. Destination, rates & speeds
Add to basket

A Knight's Tale screenwriter, producer, and director Brian Helgeland won an Academy Award® for the L.A. Confidential screenplay and previously directed the Mel Gibson film Payback. His previous credits include the 1997 film Conspiracy Theory, also starring Gibson and Julia Roberts. The filmmaker was born in Providence, Rhode Island, and raised in New Bedford, Massachusetts, where he often worked on fishing boats. He graduated from Loyola Marymount University in Los Angeles.

CUSTOMERS OUTSIDE ITALY. If you need info before ordering, please ask.
We ship only through Italian Post, costs according to weight range. Each book has its weight indicated.