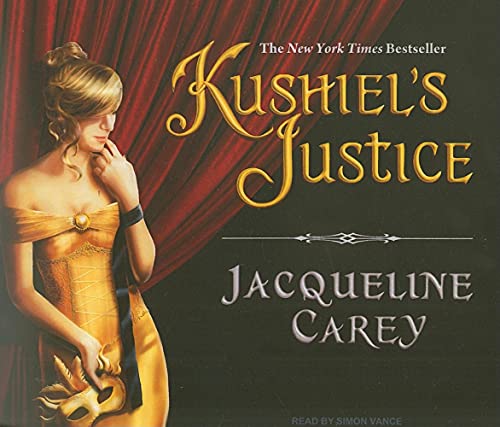 Imriel de la Courcel's blood parents are history's most reviled traitors, while his adoptive parents, Phèdre and Joscelin, are Terre d'Ange's greatest champions. Stolen, tortured, and enslaved as a young boy, Imriel is now a Prince of the Blood, third in line for the throne in a land that revels in beauty, art, and desire.

After a year abroad to study at university, Imriel returns from his adventures a little older and somewhat wiser. But perhaps not wise enough. What was once a mere spark of interest between himself and his cousin Sidonie now ignites into a white-hot blaze. But from commoner to peer, the whole realm would recoil from any alliance between Sidonie, heir to the throne, and Imriel, who bears the stigma of his mother's misdeeds and betrayals. Praying that their passion will peak and fade, Imriel and Sidonie embark on an intense, secret affair.

Blessed Elua founded Terre d'Ange and bestowed one simple precept to guide his people: Love as thou wilt. When duty calls, Imriel honors his role as a member of the royal family by leaving to marry a lovely, if merely sweet, Alban princess. By choosing duty over love, Imriel and Sidonie may have unwittingly trespassed against Elua's law. But when dark powers in Alba, who fear an invasion by Terre d'Ange, seek to use the lovers' passion to bind Imriel, the gods themselves take notice.

Before the end, Kushiel's justice will be felt in heaven and on earth.

Jacqueline Carey is the author of the New York Times bestselling Kushiel's Legacy series, the Sundering epic fantasy duology, the postmodern fables Santa Olivia and Saints Astray, and the Agent of Hel contemporary fantasy series. She lives in Michigan.