Items related to THE LAST PLACE: A Novel 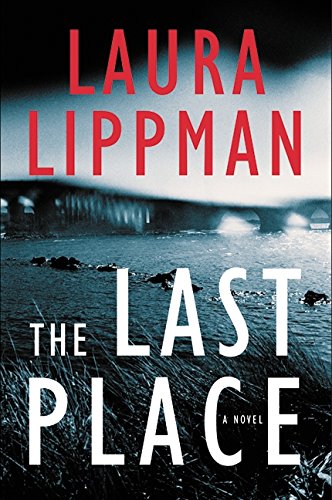 THE LAST PLACE: A Novel

Title: THE LAST PLACE: A Novel

Tess Monaghan agrees to look into a series of unsolved homicides that date back over the past six years despite the fact that the assignment originates from a troubling source: wealthy Baltimore benefactor Luisa O’Neal, who was both instrumental in launching Tess’s present career and intimately connected with the murder of Tess’s former boyfriend.

Apart from the suspicion that each death was the result of domestic violence, nothing else seems to connect them. Five lives—four women, one man—ended in various ways. The only thing the five cases seem to have is that they are now ice cold. Tess’ search for the connecting threads takes her beyond the Charm City limits and into dangerously unfamiliar territory. With the help of a police officer obsessed with bringing a murderer down, she follows scant leads into the remotest corners of Maryland, where a psychopath can hide as easily in the fabric of a tiny, rough-hewn fishing community as in the alleys and shadows of bustling Baltimore.

As she strays far from everything that’s familiar and safe in her life, Tess is suddenly cast into a terrifying cat-and-mouse game with an ingenious slayer who changes identities as often and effortlessly as clothing. But at last, a single link to the murders emerges. Unfortunately, it's Tess.

Baltimore PI Tess Monaghan knows what to do with a jerk who prowls the Internet looking for love in all the wrong places: pretend to be smitten, slip one of his own date-rape drugs into his drink, cover him with depilatory cream, and leave him in a public place so he'll be too ashamed to do it again. It's hard to follow an opening chapter like that, but Lippman manages it nicely, putting her smart-mouth series sleuth in court-ordered anger-management counseling. The sessions with her shrink spur a most uncharacteristic—-for Tess--reflection on five cold-case homicides she's investigating for a foundation lobbying for increased funding for domestic abuse programs. They don't seem to be connected, but with the help of the retired Toll Facilities cop who discovered the head of one of the victims in the middle of his bridge, Tess discovers a serial killer no one even knew existed--until he made Tess his next target. This is the seventh outing in a lively, original series that keeps getting better and better. --Jane Adams