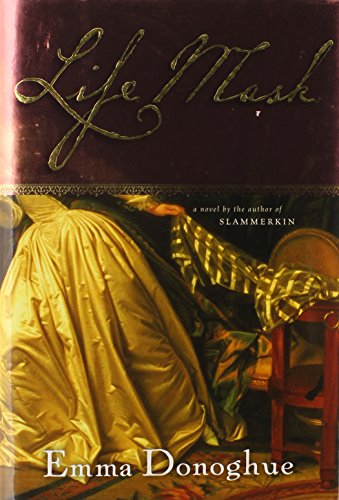 Signed by author on title page in black fountain ink. Author ofnine novels, including ROOM, THE WOMAN WHO GAVE BIRTH TO RABBITS (a collection of short stories), SLAMMERKIN, and, her latest, THE WONDER. As new, first edition, first printing, in as new, mylar-protected dust jacket.*Packed carefully and shipped in a box to insure arrival in pristine condition. {Not remainder-marked or price-clipped} BUND. Bookseller Inventory # 022487

The bestselling author of Slammerkin turns her attention to the Beau Monde of late eighteenth-century England, turning the private drama of three celebrated Londoners into a robust, full-bodied portrait of a world, and lives, on the brink of revolution. The Honourable Mrs. Damer is a young widow of eccentric tastes, the only female sculptor of her time. The Earl of Derby, inventor of the horse race that bears his name, is the richest man in the House of Lords-and the ugliest. Miss Eliza Farren, born a nobody, now reigns as Queen of Comedy at Drury Lane Theatre.

One of the satisfactions of Emma Donoghue's masterful fourth novel, Life Mask, is the tension between the writer's contemporary interests, like lesbianism and the balance of power in marriage, and her 18th Century subject matter. Life Mask is a fictional recreation of a plausible (but unproven) love triangle between the comedic actress Eliza Farren, the sculptor Anne Damer (the niece of Horace Walpole, a fantastic minor character here), and Edward Smith-Stanley, the twelfth Earl of Derby, a Whig (liberal) politician who left his name to the horse race he founded. Like her bestseller Slammerkin, the novel spins an intricate story from the slightest of historical traces, in this case a single reference in the commonplace book of Hester (Thrale) Piozzi: a snarky four-line epigram that hints at the danger to Miss Farren's reputation in consorting with "one whose name approaches 'Damn Her.'"

Readers who stay with Donoghue through the crowded and confusing early chapters of Life Mask will find a skillful, partly sympathetic portrait of English aristocracy during and after the French Revolution, a trove of period detail, and a spellbinding tale of unlikely but enduring love. --Regina Marler