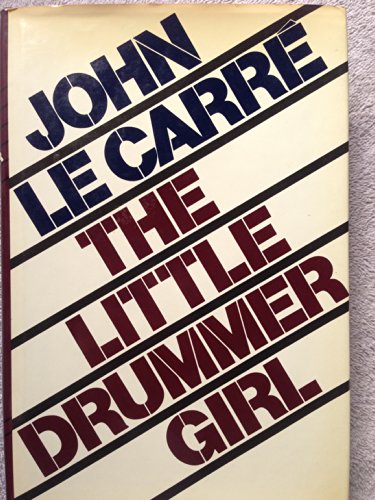 Signed by author in black fountain ink on publisher's tipped in page following ffep.Charlie, a jobbing young English actress, is accustomed to playing different roles. But when the mysterious, battle-scarred Joseph recruits her into the Israeli secret services, she enters the dangerous 'theatre of the real'. As she acts out her part in an intricate, high-stakes plot to trap and kill a Palestinian terrorist, it threatens to consume her. Set in the tragic arena of the Middle East conflict, this compelling story of love and torn loyalties plays out against the backdrop of an unwinnable war. Mint, unread, first edition, first printing, in as new, mylar-protected dust jacket.Scarce signed in this condition. *Packed carefully and shipped in a box to insure arrival in pristine condtion. {Not remainder-marked or price-clipped} BUND. Bookseller Inventory # 023298

Israeli intelligence agent Kurtz--aka Schulman, aka Gold, aka Raphael--assembles a private army to trap the most dangerous Palestinian terrorist, a trap that perilously involves a brilliant, young English actress

John le Carr - was born in 1931. His third novel, The Spy Who Came in From the Cold, secured him a worldwide reputation, which was consolidated by the acclaim for his trilogy: Tinker, Tailor, Soldier, Spy; The Honorable Schoolboy, and Smiley's People. His novels include The Little Drummer Girl, A Perfect Spy, The Russia House, Our Game, The Taileor of Panama, and Single & Single. John le Carr - lives in Cornwall.