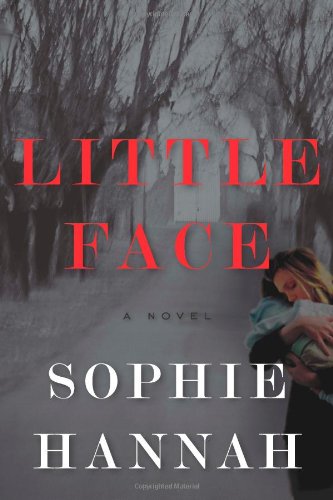 “Little Face is a wonderful work, a brilliant use of mirrors and the writer's magic.  Chilling, tantalizing, and ultimately fair and deeply satisfying.”—Barbara D’Amato, author of Death of a Thousand Cuts

“Hannah adapts to crime fiction with arresting aplomb: Her characters are vivid, the novel’s challenging double narrative is handled with flair, and its denouement is ingenious.”—The Sunday Times (London)

The first time she goes out after their daughter is born, Alice leaves the two-week-old infant at home with her husband, David. When she returns two hours later, she insists that the baby in the crib is not her child. Despite her apparent distress, David is adamant that she is wrong.

The police are called to the scene. Detective Constable Simon Waterhouse is sympathetic, but he doubts Alice’s story. His superior, Sergeant Charlie Zailer, thinks Alice must be suffering from some sort of delusion brought on by postpartum depression. With an increasingly hostile and menacing David swearing she must either be mad or lying, how can Alice make the police believe her before it’s too late?

Sophie Hannah is an award-winning and best-selling poet in the United Kingdom. She has also previously published fiction. This is her first psychological crime novel. She lives in West Yorkshire with her husband and two children.

Sophie Hannah is an award-winning bestselling poet in the UK. She lives in West Yorkshire with her husband and two children. Her previous psychological thriller, Little Face, was an acclaimed bestseller in the UK.