Items related to THE LIVES OF CHRISTOPHER CHANT ( 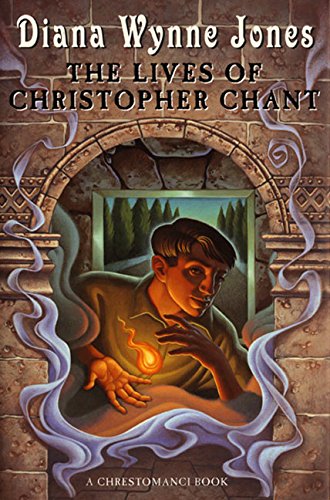 THE LIVES OF CHRISTOPHER CHANT (

Quantity: 1
View all  copies of this book
Buy New
Price: US$ 57.54 Convert Currency
Shipping: US$ 5.45 Within U.S.A. Destination, rates & speeds
Add to basket

Title: THE LIVES OF CHRISTOPHER CHANT (

His father and uncles are enchanters, his mother a powerful sorceress, yet nothing seems magical about Christopher Chant except his dreams. Night after night, he climbs through the formless Place Between and visits marvelous lands he calls the Almost Anywheres. Then Christopher discovers that he can bring real, solid things back from his dreams. Others begin to recognize the extent of his powers, and they issue an order that turns Christopher's life upside down: Go to Chrestomanci Castle to train to be the controller of all the world's magic.

The Lives of Christopher Chant is the adventure-filled story of the boyhood of Chretomanci, the famous magician who also appears in Charmed Life, Witch Week, and The Magicians of Caprona.

"A Born storyteller weaves her own brand of magic." The Horn Book (starred review)

"A cracking good story." ALA Booklist

In a career spanning four decades, award-winning author Diana Wynne Jones (1934‒2011) wrote more than forty books of fantasy for young readers. Characterized by magic, multiple universes, witches and wizards—and a charismatic nine-lived enchanter—her books are filled with unlimited imagination, dazzling plots, and an effervescent sense of humor that earned her legendary status in the world of fantasy.