Items related to THE LIZARD KING: THE ESSENTIAL J 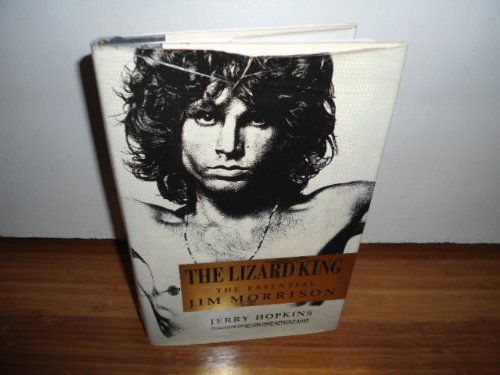 THE LIZARD KING: THE ESSENTIAL J

Quantity: 1
View all  copies of this book
Buy New
Price: US$ 72.87 Convert Currency
Shipping: US$ 5.55 Within U.S.A. Destination, rates & speeds
Add to basket

A reexamination of the mysterious death of the lead singer of The Doors reassesses Morrison's life and, employing extensive research, provides fresh insights into his death. 40,000 first printing.

It seems appropriate that Hopkins, who coauthored No One Here Gets Out Alive ( LJ 9/15/80), offered the first mainstream Morrison biography and the basis for Oliver Stone's 1991 film The Doors . This effort, Hopkins assures us, is not a No One Here Gets Out Alive reclamation project, but rather "another attempt to capture, and perhaps get closer to explaining, the mystery and the mystique." Hopkins hits all the biographical high-water marks and provides new information regarding Morrison's family, the infamous Miami trial, and, most importantly, Morrison's death, which was ambiguously treated in the previous book. However, Hopkins's big kicker--that Morrison died of a heroin overdose--was previously espoused in Patricia Kennealy's Strange Days ( LJ 3/15/92). Ultimately, the explication of the man who would be Lizard King is best left to Morrison himself, and the collection of seven interviews that follow the narrative yields the most insight. For larger popular music collections, this is a solid contribution to the burgeoning Morrison/Doors canon.
-Barry X. Miller, Austin P.L., Tex.
Copyright 1992 Reed Business Information, Inc.