Items related to THE LONG EMBRACE: Raymond Chandler and the Woman He... 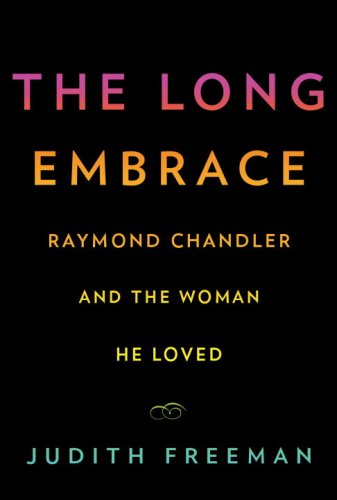 THE LONG EMBRACE: Raymond Chandler and the Woman He Loved

Title: THE LONG EMBRACE: Raymond Chandler and the ...

Raymond Chandler was one of the most original and enduring crime novelists of the twentieth century. Yet much of his pre-writing life, including his unconventional marriage, has remained shrouded in mystery. In this compelling, wholly original book, Judith Freeman sets out to solve the puzzle of who Chandler was and how he became the writer who would create in Philip Marlowe an icon of American culture.

Freeman uncovers vestiges of the Los Angeles that was terrain and inspiration for Chandler’s imagination, including the nearly two dozen apartments and houses the Chandlers moved into and out of over the course of two decades. She also uncovers the life of Cissy Pascal, the older, twice-divorced woman Chandler married in 1924, who would play an essential role in how he came to understand not only his female characters–and Marlowe’s relation to them–but himself as well.

A revelation of a marriage that was a wellspring of need, illusion, and creativity, The Long Embrace provides us with a more complete picture of Raymond Chandler’s life and art than any we have had before.

Judith Freeman is the author of four novels–The Chinchilla Farm, Set for Life, A Desert of Pure Feeling, and Red Water–and of Family Attractions, a collection of short stories. She lives in Los Angeles.