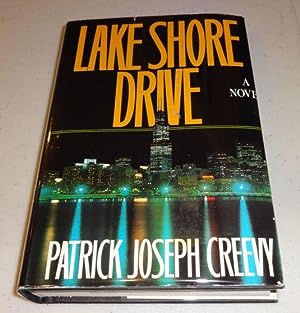 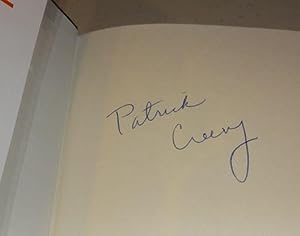 A fine, clean and tight hardcover copy in a very good+/near fine jacket/brodart covered, First Edition. SIGNED BY THE AUTHOR on the front free end paper. No bumped corners to book. Jacket is bright and clean, but has edge wear and small nicks and one short closed tear. Otherwise, a nice copy. *** WE BOX AND SHIP ALL BOOKS WITH USPS TRACKING. *** WE HAVE BEEN BUYING AND SELLING USED BOOKS FOR OVER 36 YEARS. Bookseller Inventory # 003537E

A Chicago poet loses the balancing forces of his art when his father dies and his best friend deserts him, so he looks deep within himself to find the power to conquer his writer's block.

In inordinately knotted prose, narrator Peter Roche chronicles a debilitating mental breakdown he suffered 13 years ago, when he was in his mid-20s, a graduate student and expectant father. His conflict-ridden relationship with his own father, who has recently died, and his deification of a cynical and troubled friend, Johnny Lemaster, had left him in anguish, afraid of the world and afraid of hoping that he'd get better. As he writes about that time, he discovers that his steadfast wife, Allie, betrayed him with Lemaster years before--engendering another crisis. First novelist Creevy juggles the narratives so that the two crises are resolved simultaneously. Stream-of-consciousness style and much interior monologue convey Peter's disturbed state of mind, but the resulting complicated sentence structure, nonlinear chronology and considerable wordiness add up to a tedious read.
Copyright 1992 Reed Business Information, Inc.