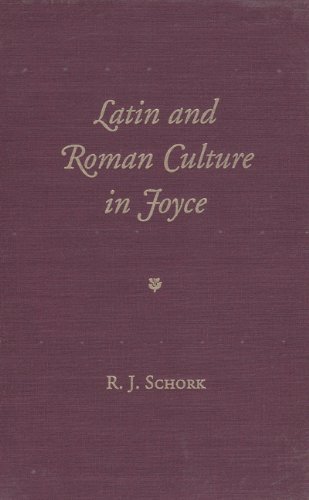 "Exceptionally well written in a lively, often funny, attention-arresting style. . . . A tour de force explanation of the enormous body of secular classical allusion and language in Joyce’s work . . . [it] will become a staple of Joyce reference and criticism."--Zack Bowen, University of Miami

"Fills a definite gap in our knowledge of Joyce . . . covers all of Joyce’s work, offers important insights into his mind and his artistic methods. . . . One of the handful of books which are absolutely necessary for anyone who wants to know Joyce thoroughly."--Robert Adams Day, Queens College, City University of New York

Latin was James Joyce’s first second language and arguably the most significant linguistic stratum in his work. This long-awaited book provides a comprehensive review of the role of Latin in Joyce’s life and the pervasive contribution of Roman literature and culture to each of his works.

Topics include a demonstration of Joyce’s fascination with the intricacies of Latin grammar and syntax; a review of the impact of Vergil, Cicero, Horace, and Ovid on his writing; and a survey of allusions to Roman history from Aeneas to the collapse of the Empire. Throughout, R. J. Schork makes extensive use of Joyce’s original composition in Latin, his notebooks, and the Trieste and Paris libraries. A work that Joyceans will read from cover to cover and then repeatedly consult for explications of specific passages, this book should also prove of interest to classical scholars curious to see the master of modern literature abuse the subjunctive mood or the ablative plural, play with the subjective and objective genitive, rattle off rhymed parodies of classroom declensions, and distort Horatian tag-lines--all to great comedic and literary effect.

R. J. Schork is professor emeritus of classics at the University of Massachusetts, Boston, and author of Sacred Song from the Byzantine Pulpit: Romanos the Melodist  (UPF, 1995).