Items related to Letting the Cat Out of the Bag is the SECOND Step:...

Home mohberg, noel Letting the Cat Out of the Bag is the SECOND Step: and Other ...
Stock Image 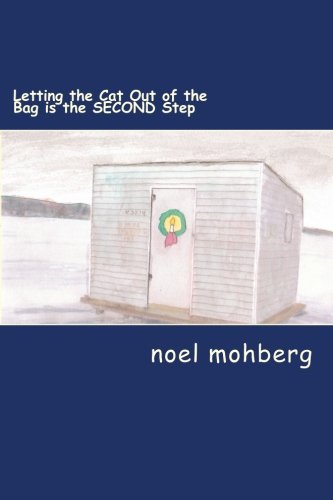 Letting the Cat Out of the Bag is the SECOND Step: and Other Yuletide Foaftales

Title: Letting the Cat Out of the Bag is the SECOND...

Henning and John are ice fishing on a remote arm of Ontario’s Lake of the Woods. Henning invited John along because he thinks John once saved his life. John knew better but savors martyrdom. When things turn worse than the worst-case scenario, John tries to distract Henning from potential fumbles by coaxing Henning to tell about his youthful Christmases. Henning’s stories, one per year from 1944 through 1960, are humorous portrayals of growing up in the ‘40s and ‘50s at Barstuhl, North Dakota. To distract himself from the fumbles Henning still achieves, John keeps a logbook. The logbook provides story backgrounds and displays John’s growing contempt for the hapless Henning. The men are cut off by missteps and technical failures in a blinding snowstorm. As the storm rages, the peril of their situation and the men’s antagonism grow, but the bleakness of the humor flourishes.

Noel Mohberg is a biostatistician who grew up in North Dakota, was educated at North Dakota State, Virginia Tech, and the U of North Carolina. He served as a commissioned officer in the US Public Health Service assigned to the National Cancer Institute in Bethesda, worked in rocket science at Sandia National Labs in Albuquerque, and spent forty years working in pharmaceutical research and development. Noel is a has been member of the American Statistical Association, the Biometrics Society, the Society for Clinical Trials, the Drug Information Association, and the American Association of Dull People. His previous publications include articles and chapters in scientific and medical journals such as the Drug Information Journal, Statistics in Medicine, the Journal of Irreproducible Results, The American Journal of Medical Science, and Computation and Simulation. He also once wrote a book titled, “Once You’ve Skinned the Cat, What Do You Do with the Pelt?”