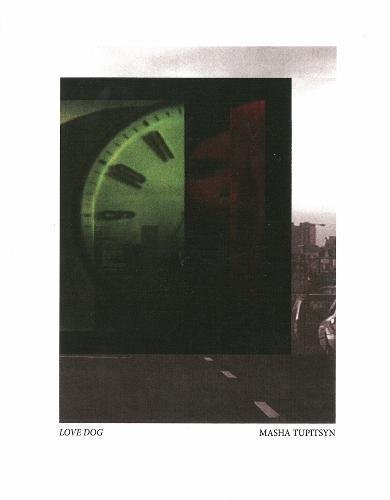 Synopsis: In 2011, Masha Tupitsyn published LACONIA: 1,200 Tweets on Film, the first book of film criticism written entirely on Twitter. LACONIA experimented with new modes of writing and criticism, updating traditional literary forms and practices like the aphorism and the fragment. Re-imagining the wound-and-quest story, the love narrative, and the female subject in love in the digital age, Love Dog is the second installment in Masha Tupitsyn's series of immaterial writing. Written as a multi-media blog and inspired by Roland Barthes' A Lover's Discourse and Mourning Diary-a couple in Tupitsyn's mind-Love Dog is an art book that is part love manifesto, part philosophical notebook, part digital liturgy.

About the Author: Masha Tupitsyn is a writer and cultural critic. She is the author Love Dog (Penny-Ante Editions, 2013), LACONIA: 1,200 Tweets on Film (ZerO Books, 2011), Beauty Talk & Monsters, a collection of film-based stories (Semiotext(e) Press, 2007), and co-editor of the anthology Life As We Show It: Writing on Film (City Lights, 2009). Her work has also appeared in Dazed and Confused, The White Review, BOMB Blog, The New Inquiry, Fence, Bookforum, Berfrois and elsewhere. She is a PhD (ABD) candidate in Philosophy at The European Graduate School in Switzerland. She lives in New York City.

Book Description Penny-Ante Editions, 2013. Condition: Good. A+ Customer service! Satisfaction Guaranteed! Book is in Used-Good condition. Pages and cover are clean and intact. Used items may not include supplementary materials such as CDs or access codes. May show signs of minor shelf wear and contain limited notes and highlighting. Seller Inventory # 098550854X-2-4

Shipping: US$ 9.06
From United Kingdom to U.S.A.
Destination, rates & speeds