Items related to The Machine Question: Critical Perspectives on AI,... 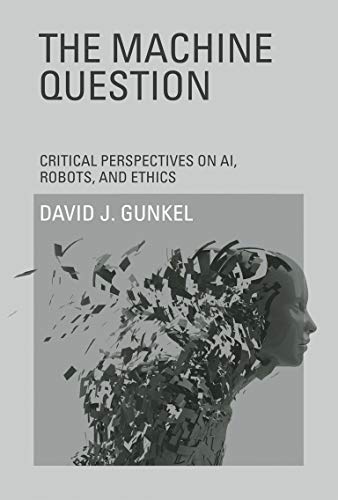 An investigation into the assignment of moral responsibilities and rights to intelligent and autonomous machines of our own making.

One of the enduring concerns of moral philosophy is deciding who or what is deserving of ethical consideration. Much recent attention has been devoted to the "animal question"―consideration of the moral status of nonhuman animals. In this book, David Gunkel takes up the "machine question": whether and to what extent intelligent and autonomous machines of our own making can be considered to have legitimate moral responsibilities and any legitimate claim to moral consideration.

The machine question poses a fundamental challenge to moral thinking, questioning the traditional philosophical conceptualization of technology as a tool or instrument to be used by human agents. Gunkel begins by addressing the question of machine moral agency: whether a machine might be considered a legitimate moral agent that could be held responsible for decisions and actions. He then approaches the machine question from the other side, considering whether a machine might be a moral patient due legitimate moral consideration. Finally, Gunkel considers some recent innovations in moral philosophy and critical theory that complicate the machine question, deconstructing the binary agent–patient opposition itself.

Technological advances may prompt us to wonder if the science fiction of computers and robots whose actions affect their human companions (think of HAL in 2001: A Space Odyssey) could become science fact. Gunkel's argument promises to influence future considerations of ethics, ourselves, and the other entities who inhabit this world.

David J. Gunkel is Distinguished Teaching Professor of Communication Technology at Northern Illinois University and the author of The Machine Question: Critical Perspectives on AI, Robots, and Ethics, Of Remixology: Ethics and Aesthetics after Remix, both published by the MIT Press, and other books.