Items related to Made in Japan 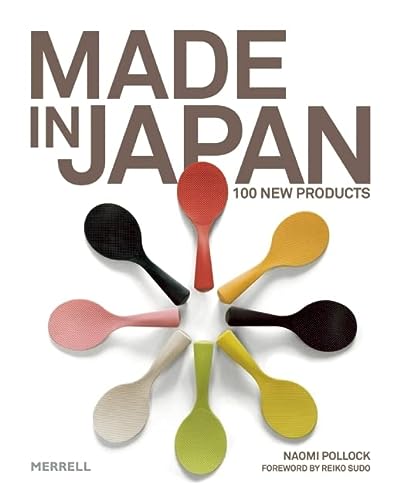 2012. Hardcover. A selection of outstanding Japanese products of this century, from gadgets and furnishings to office supplies and decorative objects. Features a comprehensive introduction to the history and traditions of Japanese product design and includes biographies of the leading designers, including Naoto Fukasawa, Tokujin Yoshioka and Toyo Ito. Num Pages: 240 pages, 200 colour illustrations. BIC Classification: 1FPJ; AKP. Category: (G) General (US: Trade). Dimension: 203 x 257 x 27. Weight in Grams: 1194. . . . . . Books ship from the US and Ireland. Bookseller Inventory # V9781858945620

Title: Made in Japan

Made in Japan’ is a simple phrase, but one full of meaning. From kettles and cutlery to chairs, Japan creates some of the most innovative, elegant, whimsical and well-made objects in the world. Combining high aesthetic standards with cutting-edge technology, many of these designs turn everyday items into functional works of art that would look as good in a museum as on a kitchen counter. Made in Japan surveys 100 of the country’s recent design triumphs, among them furnishings, utensils, gadgets, clothing, office equipment and even a silent guitar. While the book features mainly mass-produced objects, it also includes one-off prototypes and limited-edition items that are immensely popular in Japan. Created specifically for the Japanese consumer, these products reflect the way people live, work and play in a country that prizes highly both exceptional craftsmanship and industrial perfection.

NAOMI POLLOCK is an American architect based in Japan. Her writing on Japanese design has appeared in the Financial Times, New York Times, Wallpaper* and Architectural Record. She is the author of Modern Japanese House (2005) and Hitoshi Abe (2008), and co-author of Merrell’s New Architecture in Japan (2010).