Home Ming Liu Our Man in China: A Novel 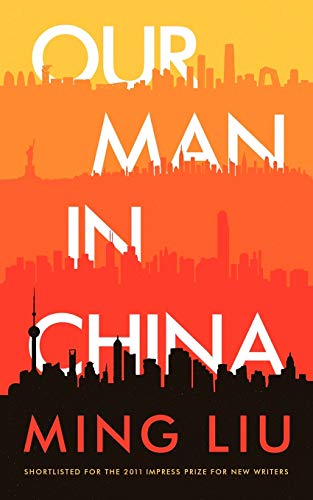 Our Man in China: A Novel

Synopsis: Eric Chen is ready to make a name for himself. American-born Chinese (ABC) and armed with a high-powered banking job, he is destined for success and riches in the world's next superpower. But the New China is rapidly changing, its billion-plus people ambitious, hungry and on the move. Determined to win a take-over deal that sees him shuttle between Shanghai, Beijing, Hong Kong and New York, Eric encounters those also profiting from the world's most promising nation: the playboy son of a Hong Kong tycoon, a hedonistic boss, and another ABC desiring to belong. In the New China, cultural assimilation and confusion, along with temptation and seduction, abound- and Eric could lose himself not to mention those he loves most.

About the Author: Ming Liu is a writer and journalist whose work has appeared in the Asia Literary Review, the Financial Times, China International Business and V magazine. She has been featured on the NBC Today Show. Born in the United States, she moved to Asia at age six, and spent a peripatetic childhood in China, Japan, Hong Kong and Taiwan, eventually returning to the US to study sociology and economics at Wellesley College. In 2011, she received her masters in creative writing from the University of Manchester, and now lives in London. This is her first novel.

Book Description AuthorHouseUK, 2012. Condition: Good. A+ Customer service! Satisfaction Guaranteed! Book is in Used-Good condition. Pages and cover are clean and intact. Used items may not include supplementary materials such as CDs or access codes. May show signs of minor shelf wear and contain limited notes and highlighting. Seller Inventory # 1477235159-2-4

Book Description Paperback. Condition: Very Good. The book has been read, but is in excellent condition. Pages are intact and not marred by notes or highlighting. The spine remains undamaged. Seller Inventory # GOR007739889

5. Our Man in China (Paperback)

8. Our Man in China (Paperback)