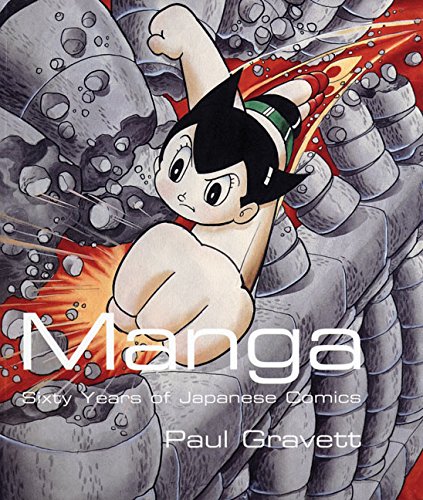 Japan's output of manga is massive, accounting for a staggering forty percent of everything published each year in the country.Outside Japan, there has been a global boom in sales, with the manga aesthetic spreading from comics into all areas of Western youth culture through film, computer games, advertising, and design.

Manga: Sixty Years of Japanese Comics presents an accessible, entertaining, and highly-illustrated introduction to the development and diversity of Japanese comics from 1945 to the present. Featuring striking graphics and extracts from a wide range of manga, the book covers such themes as the specific attributes of manga in contrast to American and European comics; the life and career of Osamu Tezuka, creator of Astro Boy and originator of story manga; boys' comics from the 1960s to the present; the genres and genders of girls' and women's comics; the darker, more realistic themes of gekiga -- violent samurai, disturbing horror and apocalyptic science fiction; issues of censorship and protest; and manga's role as a major Japanese export and global influence.

Paul Gravett is a freelance journalist, curator, lecturer, and broadcaster who has worked in comics publishing and promotion for over twenty years. He has curated several exhibitions of comic art, from the history of British comics for France's National Comics Centre in Angoulême to the annual Comica Festival at London's Institute of Contemporary Arts. He has written about comics for various periodicals, including The Guardian, The Comics Journal, Comics International and Blueprint.