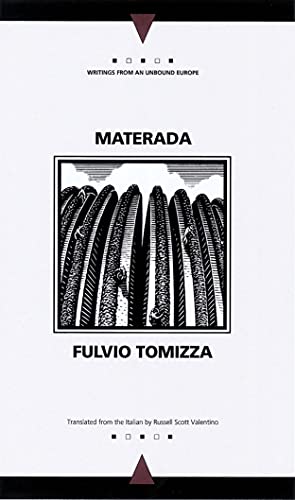 Materada (Writings from an Unbound Europe)

Synopsis: Francesco Koslovic--even his name straddles two cultures. And during the spring of 1955, in the village of Materada on the Istrian Peninsula, his two worlds are coming apart. Materada, the first volume of Fulvio Tomizza's celebrated Istrian Trilogy, depicts the Istrian exodus of the hundreds of thousands who had once thrived in a rich ethnic mixture of Italians and Slavs. Complicating Koslovic's own departure is his attempt to keep the land that he and his brother have worked all their lives.

A picture of a disappearing way of life, a tale of feud and displacement, and imbued with the tastes, tales, and songs of his native Istria, Koslovic's story is a testament to the intertwined ethnic roots of Balkan history.

About the Author: Fulvio Tomizza (1935-99) earned numerous awards, including the Austrian State Prize for European Literature (1979) and the first international prize of the Association of Slovenian Writers (1986). Materada (1960) is the first novel in Tomizza's Istrian Trilogy.

Rusell Scott Valentino is a professor in the Department of Russian at the University of Iowa.

Book Description Paperback. Condition: Very Good. Clean and bright; no owners' marks; except for a tiny edge crease at the right front and a touch of shelfwear at corners, as new. First novel in the Istrian trilogy. Published in the "Writings From An Unbound Europe" series. Seller Inventory # 077040

2. Materada (Writings from an Unbound Europe)

Book Description Paperback. Condition: Very Good. The book has been read, but is in excellent condition. Pages are intact and not marred by notes or highlighting. The spine remains undamaged. Seller Inventory # GOR011682400

3. Materada (Writings from an Unbound Europe)

4. Materada (Writings From An Unbound Europe)