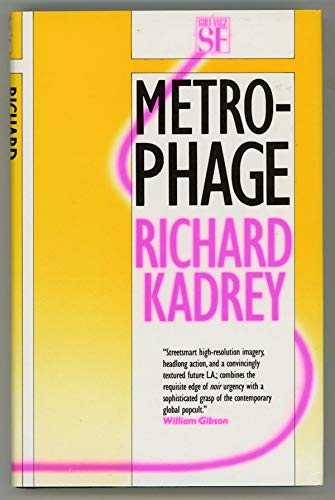 Set in Los Angeles a century from now, this science fiction thriller is the author's first novel. He has published fiction and collages in magazines including "Omni", "Interzone", "Whole Earth Review" and "Semiotext".

Welcome to our future: L.A. in the late twenty-first century—a segregated city of haves and have-nots, where morality is dead and technology rules. Here, a small wealthy group secludes themselves in gilded cages. Beyond their high-security compounds, far from their pretty comforts, lies a lawless wasteland where the angry masses battle hunger, rampant disease, and their own despair in order to survive.

Jonny was born into this Hobbesian paradise. A streetwise hustler who deals drugs on the black market—narcotics that heal the body and cool the mind—he looks out for nobody but himself. Until a terrifying plague sweeps through L.A., wreaking death and panic, and no one, not even a clever operator like Jonny, is safe.