Items related to Middle Eastern Women and the Invisible Economy 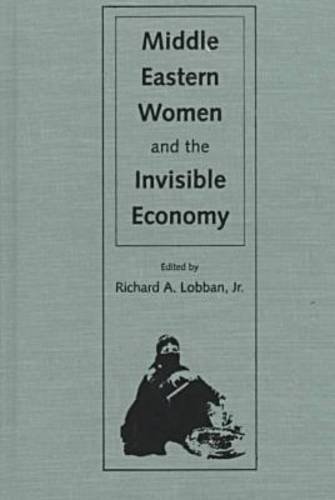 "Illuminates the economic behavior of a significant sector of Third World economies. For gender studies, this is a wonderful contribution not only on the resourcefulness of women, but on the ephemeral impact of Islamic culture on women."--Ghada Talhami, Lake Forest College

This collection examines the "invisible" women of the Middle East and their vital economic activities. Focusing on daily and domestic life in communities where more than half the population lives and works, these essays highlight the struggles and hardships of women in the region and also establish the distance between this invisible world and the conflict over Islamic issues that dominate headlines in the West. Indeed, as these essays illustrate, from the perspective of this invisible population, Islam appears variegated and tempered by cultural, historical, and gender circumstances. This work also documents the general emergence of the female-centered informal economy from the shadows toward a central role in the lives of Middle Eastern women in their respective nations.

Part I. Strategies for Survival: Women at the Margins
Nubian Women and the Shadow Economy, by Anne M. Jennings
Baggara Women as Market Strategists, by Barbara J. Michael
Invisible Survivors: Women and Diversity in the Transitional Economy of Yemen, by Delores M. Walters
The Invisible Economy, Survival and Empowerment: Five Cases from Atbara, Sudan, by Nada Mustafa M. Ali

Richard Lobban is professor of anthropology and African studies at Rhode Island College. His most recent three books are on the history, culture, and politics of the Cape Verde Islands and Guinea-Bissau.