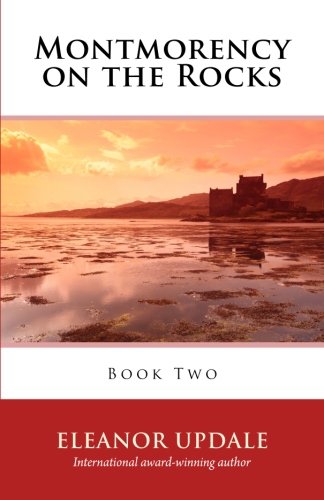 Montmorency on the Rocks

Synopsis: 1885: With terrorists bombing London and a whole generation of children dead on a Scottish Island, Montmorency has plenty of work to do. But he must battle against his own dark side in this fast-moving tale of mystery, guilt and injustice. This is the second book in the Montmorency series.

Review: Montmorency on the Rocks, the second volume of Eleanor Updale’s popular Victorian spy drama, finds our title hero in a much darker place than the London sewers where his alter ego Scarper used to dwell. It has been five years since Montmorency teamed up with gentleman spy George Fox-Selwyn. They enjoyed much success infiltrating the Ottoman underworld, until Montmorency acquired a treacherous taste for opium. Now addicted, he has come dangerously close to revealing his criminal past to Fox-Selwyn while under the influence. Meanwhile, the British government has called the duo home to discover the identity of a bomber who is targeting London’s landmarks. Frustrated Fox-Selwyn decides to bring Montmorency to the one person who knows the former thief better than anyone: Dr. Robert Farcett. But Farcett, who saved Montmorency before, has recently lost his nerve in the operating arena. However, in teaming up with the undercover agents, Dr. Farcett comes across a community that is losing youngsters at an appalling rate, and discovers something that just might give him reason to practice again. All of these threads come together in a brilliant climax that will leave exhilarated readers with a surprising question on the very last page.

Montmorency on the Rocks can stand on its own, but no teen reader should be denied the thrilling experience of getting to know the Victorian thief-turned-gentleman from the beginning. Adolescent Agatha Christie and Sherlock Holmes fans are sure to enjoy this intriguing "extreme makeover" of the traditional British mystery. (Ages 10-15) --Jennifer Hubert

1. Montmorency on the Rocks

Book Description Paperback. Condition: Very Good. The book has been read, but is in excellent condition. Pages are intact and not marred by notes or highlighting. The spine remains undamaged. Seller Inventory # GOR005942396

2. Montmorency on the Rocks