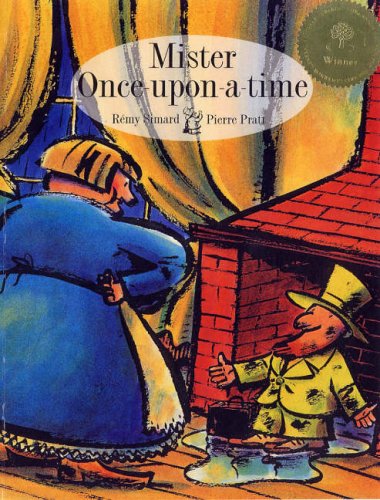 A little man called Mr. Once-upon-a-time always interrupts everyone's storytime, so the townspeople decide to throw him in jail, only to find that their stories aren't as amusing anymore.

Mr. Once-upon-a-time is a wonderfully comical story about storytelling. This is the third collaboration from Rémy Simard and Pierre Pratt that delivers a high-spirited playfulness reminiscent of the critically acclaimed My Dog is an Elephant.

Rémy Simard is a popular Quebec writer and illustrator with a contagious sense of humor. Rémy draws automobiles, motorcycles, and animals when he's not taking naps. He is a writer, an illustrator, and the director of the Kami-Case collection published by Boréal. He has also created comic strips for many magazines, including Iceberg and Circus.

Rémy teamed up with author and illustrator Pierre Pratt and, together, created award-winning picture books, including My Dog is an Elephant (1994). Pierre has both written and illustrated Follow That Hat! (1992) and Hippo Beach (1997).