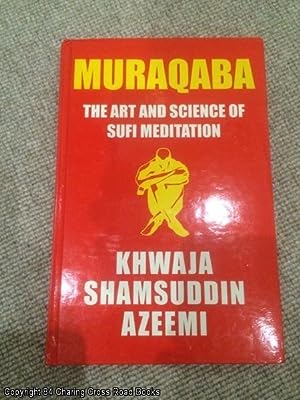 AbeBooks Seller Since May 17, 2006 Seller Rating

An in-depth study of various styles of Sufi Meditation and Spiritual Healing through Color Therapy, Respiratory Exercises as well as other topics related to Sufism in general. Written by the current patriarch of the Sufi Order of Azeemia, Shaykh Khwaja Shamsuddin Azeemi, 80.

For well over four decades, Sufi-Master Khwaja Shamsuddin Azeemi has been helping millions of people through his unique style of Spiritual Self-Healing in which he blends Parapsychology with centuries old Sufi meditation methods. It all began with his advise column in a newspaper and a weekly class on Sufi Meditation at his home in the 60's. Couple of years later that small class on Sufi Meditation turned into a huge gathering where people from all walks of life, age, gender and ethnic and religious background gather twice daily for Muraqaba (Sufi Meditation) session and through more that 35 books that he has written so far, including Telepathy, Parapsychology, Qalandar Consciousness, Color Therapy and others, many of them have been translated into English, Russian, Arabic and Farsi. ________________________________________________________ Shaykh Azeemi firmly believes that the fruits of Spiritual knowledge are not confined to one group or a faith and hence many of his students as well as those who benefited from his advice and his teachings of sufi meditation as well as healing methods come from different backgorounds and faiths. Even at the advanced age of 78, he still sees hundreds of people daily at the main convent of the Sufi Order of Azeemia. __________________________________________________________ Born Khwaja Shamsuddin Ansari on October 17, 1927 in Siharanpur, U.P., India into a radical Sunni cleric household; young Shamsuddin saw firsthand the superficiality of the legalistic outward religion. Growing up he had several encounters that provoked his interests in the esoteric religion. At the young age of twenty, he set out on the quest of finding a true murshid (Sufi Master). That nine-year journey took him from his native city to places like the Patiala State, India and then to Lahore and then later Sadiqabad, Pakistan. Finally in Karachi, he arrived at the doorsteps of the Syed Muhammad Azeem a.k.a. Qalandar Baba Awliya (1896-1979), founder of the

We have been selling books for almost 20 years, from humble beginnings in 2002 on Amazon UK marketplace, selling surplus books from a PhD on Kafka which ran slightly over budget and over schedule! The business has expanded considerably since then, and our main emphasis is on high quality highly sought after books in various fields - art; photography; modern 1st's; motoring and other niche/underground obsessions!

If you feel an item has been misdescribed, please contact us within 7
days of receiving it and we will do our best to resolve the...


Orders usually ship within 1 business day.
We accept Money Orders and cheques, but please ensure they are drawn in Sterling
from a UK bank please, many thanks.