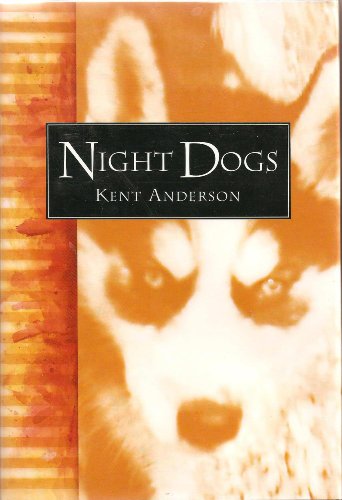 First edition. SIGNED by author on title page; additionally SIGNED by dj artist Michael Kellner on copyright page, SIGNED by James Crumley at the end of his introduction and SIGNED with brief inscription by the publisher on copyright page. FINE with a couple of extra FINE dust jackets. Bookseller Inventory # 6902

Edition of 1900 copies, signed by the author on the title page.

"Every June 15th out at North Precinct, 'A' relief and graveyard shift started killing dogs. The police brass and local politicians only smiled if they were asked about it, shook their heads, and said it was just another one of those old myths about the precinct. The cops at North Precinct called them 'Night Dogs,' feral dogs, wild and half-wild, who roamed the districts after dark. Their ancestors had been pets, beaten and abandoned by their owners to breed and give birth on the streets." That's the stately, carefully weighted language and metaphor that begins what James Crumley (The Last Good Kiss) calls "the best cop novel I have ever read." Of course, the "night dogs" are not only the roaming canines but also the people from the rougher neighborhoods of Portland, Oregon--most particularly the police who work out of North Precinct. Seen through the eyes of a patrolman named Hanson, a Vietnam vet who thought he had seen the worst the world had to offer over there but is proved wrong every day, the story at first seems episodic, unconnected. But gradually all the threads of anger and pain come together to create an unforgettable picture of urban angst. Author Kent Anderson, who was a Vietnam vet and a Portland policeman in the 1970s, says that some readers might find his book disturbing or offensive: "The truth sometimes affects people that way." Then he adds a chilling footnote: "Things are much worse now than they were in 1975."