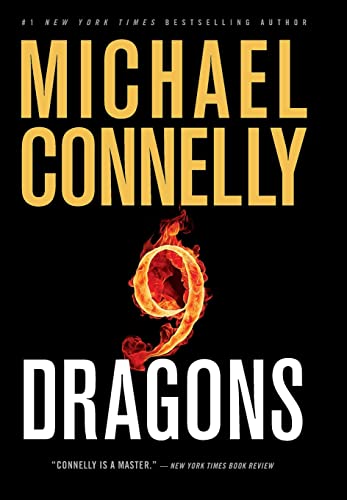 After what seems like a routine murder investigation, LAPD Detective Harry Bosch finds himself in Hong Kong facing the highest-stakes case of his life: bringing his kidnapped daughter home.
Fortune Liquors is a small shop in a tough South L.A. neighborhood, a store Bosch has known for years. The murder of John Li, the store's owner, hits Bosch hard, and he promises Li's family that he'll find the killer.
The world Bosch steps into next is unknown territory. He brings in a detective from the Asian Gang Unit for help with translation -- not just of languages but also of the cultural norms and expectations that guided Li's life. He uncovers a link to a Hong Kong triad, a lethal and far-reaching crime ring that follows many immigrants to their new lives in the U.S.
And instantly his world explodes. The one good thing in Bosch's life, the person he holds most dear, is taken from him and Bosch travels to Hong Kong in an all-or-nothing bid to regain what he's lost. In a place known as Nine Dragons, as the city's Hungry Ghosts festival burns around him, Bosch puts aside everything he knows and risks everything he has in a desperate bid to outmatch the triad's ferocity.

Amazon Best of the Month, October 2009: An investigation into a cold-blooded murder introduces Detective Harry Bosch to a Chinese underworld lurking in the dark recesses of the City of Angels. Its tentacles are far reaching, yet it remains shrouded in secrecy due to time-honored cultural traditions that keep the exploited from speaking out. To the victim's family, Bosch promises revenge, but when his own daughter suddenly becomes a target, he promises blood. However, working a case with leads on both sides of the Pacific provides little room (or time) for error. 9 Dragons is a gritty, coffee-and-cigarettes crime thriller full of smart twists and generous helpings of suspense. Fans of Michael Connelly can expect another exceptional thrill ride, while newcomers will be immediately engaged by the tortured and unrelenting Bosch. "He knew one day it would come to this, that the darkness would find [his daughter] and that she would be used to get him," writes Connelly. "That day was now." --Dave Callanan