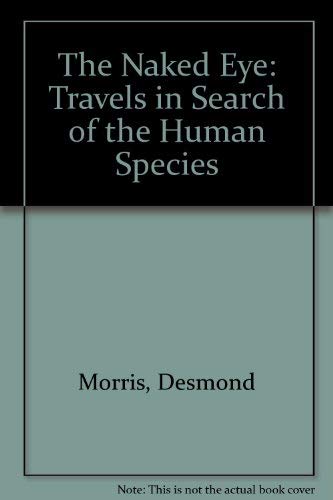 Synopsis: The first time Morris has written about himself since his autobiography Animal Days (1979).

Desmond Morris wrote his autobiography Animal Days recounting his life up to 1967 when he published The Naked Ape, the world-famous bestseller which portrayed the human species in a way that caused enormous controversy at the time and broke many religious and sexual taboos. It was described by the Sunday Times as “the sort of book that changes people’s lives.” Since then, Desmond Morris has become one of the world’s authorities on human behaviour, writing numerous other bestsellers on the subject and is a familiar figure to millions of TV viewers for his series on human and animal behaviour.

In this new volume of autobiographical essays, he describes his travels and his observations of human beings and human behaviour in fascinating and often hilarious detail. It was these observations which provided the raw material for such remarkable books as Manwatching and The Human Sexes, and the films that have accompanied them. His travels have taken him from the cities of North America to Mediterranean islands and around the whole of Europe in search of material for Gestures, and to the Pacific and around Africa for The Human Race – a total of some sixty countries throughout the world. The final chapter describes his recent journey around the world in ninety days.

From the Back Cover: “The most entertaining... book he has ever written.” –Manchester Evening News

1. THE NAKED EYE: Travels in Search of the human Species

2. THE NAKED EYE: Travels in Search of the human Species

3. THE NAKED EYE: Travels in Search of the human Species

4. THE NAKED EYE: Travels in Search of the human Species