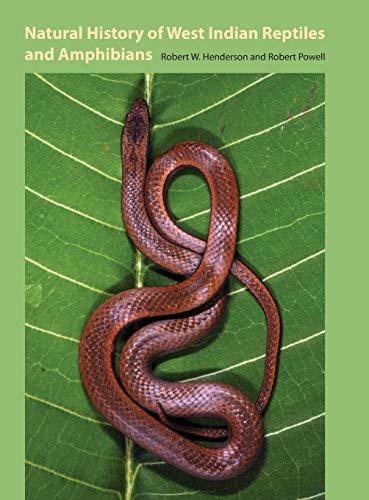 "A state-of-the-art compendium. The West Indies is one of the hottest of the world's biodiversity hot spots and will continue to be a focus of ecological research, now invigorated by this definitive synthesis."--S. Blair Hedges, Pennsylvania State University

The West Indies have become a major focus for biologists and conservationists. Its herpetofauna is considered one of the richest and most vulnerable in the world. These fragile natural environments are home to many unique animals that occur only on these islands. Loss of habitat, development of scenic areas for a burgeoning tourist industry, and the introduction of invasive species have contributed to an already tenuous situation for many of the region’s native species.

This volume summarizes the natural history of each of the more than seven hundred species of frogs and reptiles that live in the West Indies. Sure to be the starting point for all future research on West Indian amphibians and reptiles, it will be an essential companion to the biologist contemplating or conducting research in the area.

Robert W. Henderson is senior curator of herpetology at the Milwaukee Public Museum. Robert Powell is professor of biology at Avila University in Kansas City, Missouri.