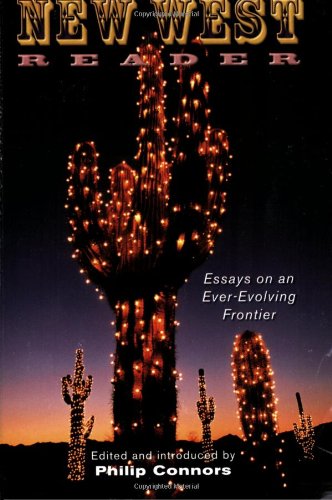 Synopsis: The West is vital to the myth of America. It is where radical individualism and beautiful landscapes merge in a sort of earthly paradise. Or so we've been led to believe by cinematic and literary mythmakers. There is, however, a counter-narrative put forth by writers such as Joan Didion and Mike Davis, who argue that the myths of the West met their end on California's golden shores some time ago, in ecological catastrophe and social anomie. Between these visions lies another West where contradictions abound. No other part of the country is as undeveloped; yet no other part of the country contains urban areas that are growing as quickly, where there are struggles over the West's most precious commodity, water; over how to manage and maintain wilderness; over the pace and character of the sprawl that threatens to turn Denver and Phoenix into inland LA's. Amid these struggles, individuals still try to create a place for themselves that allows for a connection to the landscape and a connection to some form of community. The New West Reader explores the conflicts and contractions that make up the contemporary West with writing by Larry McMurtry, Sherman Alexie, Edward Abbey, and others.

Book Description Condition: Good. They may be stickers or sticker residue on the cover. The cover has visible markings and wear. Fast Shipping - Safe and Secure Bubble Mailer - From New Hampshire!. Seller Inventory # 2XUERV000MAN

Book Description Nation Books, 2005. Condition: Good. A+ Customer service! Satisfaction Guaranteed! Book is in Used-Good condition. Pages and cover are clean and intact. Used items may not include supplementary materials such as CDs or access codes. May show signs of minor shelf wear and contain limited notes and highlighting. Seller Inventory # 1560256486-2-4

Book Description Nation Books, 2005. Paperback. Condition: Very Good. 2005 first printing full number line paperback no marks and is in very good conditionAND AS ALWAYS SHIPPED IN 24 HOURS; and emailed to you a USPS tracking number on all orders; all books are sanitized and cleaned for your protection before mailing. PLEASE NOTE OVER SEAS BUYERS if the book extra large or heavy there will be additional postage due to the new US Postage rates. Seller Inventory # 121003001C