Items related to OVER TUMBLED GRAVES 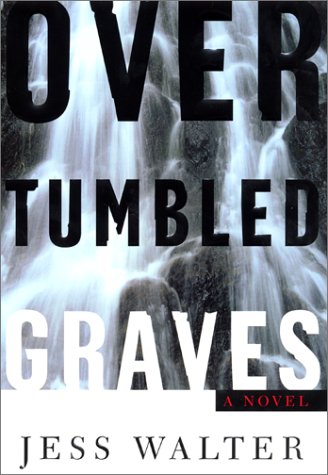 Signed by author on title page in black fountain ink. Author of CITIZEN VINCE, winner of the 2005 Edgar Award for Best Novel, and THE ZERO, one of five novels shortlisted for the 2006 National Book Award for Fiction. Fine, in fine, mylar-protected dust jacket. M34. Bookseller Inventory # 11280

In Over Tumbled Graves, Jess Walter, National Book Award finalist and author of Citizen Vince and The Zero, confronts our fascination with pathology and murder. A thriller of extraordinary depth and dimension, Over Tumbled Graves follows Caroline Mabry, a Spokane police detective searching for a serial murderer.

What is it about the Pacific Northwest that seems to attract mass murderers who prey on the most vulnerable of society's downtrodden? Had Spokane journalist Jess Walter made this tantalizing question the centerpiece of his debut thriller, he might have come up with something other than a relatively derivative retelling of an all-too-familiar plot. Instead, he takes the idea as well as the setting for his novel right from the 2000 headlines that trumpeted the arrest of serial killer Robert Yates for the murders of several young prostitutes in eastern Washington state.

Detective Caroline Mabry, still suffering the after-effects of a domestic violence incident that turned deadly, is assigned to investigate a killing spree that begins with the discovery of the mutilated body of first one and then several other prostitutes who were last seen on the stroll in a part of town apparently due for wholesale development. Partnered with her old flame Alan Dupree, a married detective whose sarcastic humor and iconoclastic ways are barely tolerated in the department, Caroline's investigation focuses on one Lenny Ryan, already sought in the seemingly unrelated murder of a young drug dealer. The two headline-grabbing FBI profilers brought into the case to help the beleaguered local police in their search for Ryan provide Walter with a subplot that slows down the narrative and adds little except a few cheap shots to the action. Mabry and Dupree will seem hauntingly familiar to readers of Ridley Pearson's popular cop thrillers starring Lou Boldt and Daphne Matthews. Yet Walter is a solid writer with a good command of his craft, and if serial killers are your style, Over Tumbled Graves won't disappoint. --Jane Adams