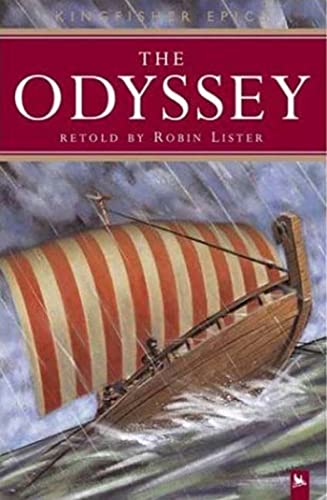 Kingfisher Epics are action-packed retellings of classic tales and legends, with all the exhilaration and immediacy of their original versions. Magnificent black-and-white illustrations bring the heroic deeds depicted in these stories dramatically to life. These stories have enthralled readers for centuries, and Kingfisher Epics make them accessible to a new generation of children.

In The Odyssey--retold by Robin Lister with illustrations by Alan Baker--the Trojan War is over, and battle-weary hero Odysseus sets sail for home. On his way, he faces many dangers sent by the gods to test him. Can he outwit a one-eyed giant, a sly sorceress, and terrifying monsters? This fast-paced retelling will captivate readers discovering Homer's epic for the first time.

Alan Baker has illustrated The Odyssey and The Story of King Arthur, both published by Kingfisher. In addition, Alan created the popular and successful Little Rabbits series, which has sold over half-a-million copies in the U.S. Alan is a lecturer in illustration at the University of Brighton, England.