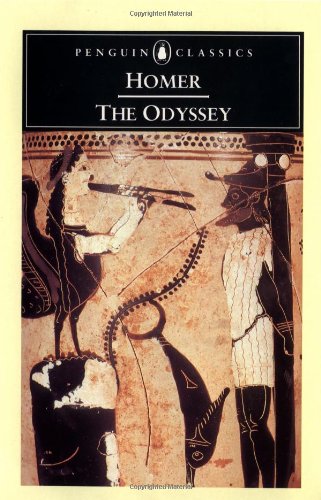 Synopsis: The ten year's adventures of Ulysses during his return journey from Troy.

E. V. Rieu was a celebrated translator from Latin and Greek, and editor of Penguin Classics from 1944-1964. His son, D. C. H. Rieu has revised his work.

Book Description Penguin Classics 28/02/1991, 1991. Condition: Very Good. Shipped within 24 hours from our UK warehouse. Clean, undamaged book with no damage to pages and minimal wear to the cover. Spine still tight, in very good condition. Remember if you are not happy, you are covered by our 100% money back guarantee. Seller Inventory # 6545-9780140445565

Book Description Penguin Classics 28/02/1991, 1991. Condition: Very Good. This book is in very good condition and will be shipped within 24 hours of ordering. The cover may have some limited signs of wear but the pages are clean, intact and the spine remains undamaged. This book has clearly been well maintained and looked after thus far. Money back guarantee if you are not satisfied. See all our books here, order more than 1 book and get discounted shipping. . Seller Inventory # 7719-9780140445565

Book Description Penguin Books Ltd, 1991. Paperback. Condition: Good. All orders are dispatched the following working day from our UK warehouse. Established in 2004, we have over 500,000 books in stock. No quibble refund if not completely satisfied. Seller Inventory # mon0004351076

Book Description Penguin Classics. Paperback. Condition: GOOD. Spine creases, wear to binding and pages from reading. May contain limited notes, underlining or highlighting that does affect the text. Possible ex library copy, will have the markings and stickers associated from the library. Accessories such as CD, codes, toys, may not be included. Seller Inventory # 3230837793

There are 94 more copies of this book