Items related to The Origins of Religious Violence: An Asian Perspective 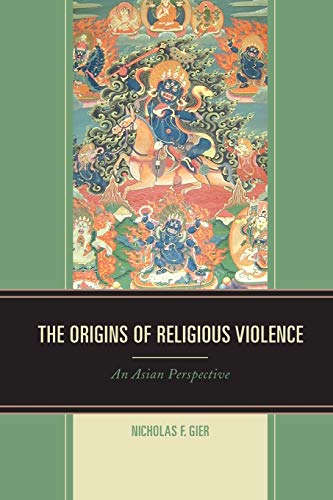 The Origins of Religious Violence: An Asian Perspective

A scholar of world religions investigates religiously motivated violence that occurred in medieval Tibet and Bhutan, as well as in modern India, Sri Lanka, Burma, and Japan. The fusion of religious and national identity in high lamas and divine kings has caused just as much violence in Asia as it did in Europe and the Middle East. Num Pages: 324 pages. BIC Classification: HRAM9; HRK; JFFE. Category: (P) Professional & Vocational. Dimension: 153 x 228 x 31. Weight in Grams: 458. . 2016. Reprint. Paperback. . . . . Books ship from the US and Ireland. Bookseller Inventory # V9781498501880

Title: The Origins of Religious Violence: An Asian ...

Religiously motivated violence caused by the fusion of state and religion occurred in medieval Tibet and Bhutan and later in imperial Japan, but interfaith conflict also followed colonial incursions in India, Sri Lanka, and Burma. Before that time, there was a general premodern harmony among the resident religions of the latter countries, and only in the late nineteenth and twentieth centuries did religiously motivated violence break out. While conflict caused by Hindu fundamentalists has been serious and widespread, a combination of medieval Tibetan Buddhists and modern Sri Lankan, Japanese, and Burmese Buddhists has caused the most violence among the Asian religions. However, the Chinese Taiping Christians have the world record for the number of religious killings by one single sect. A theoretical investigation reveals that specific aspects of the Abrahamic religions—an insistence on the purity of revelation, a deity who intervenes in history, but one who still is primarily transcendent—may be primary causes of religious conflict. Only one factor—a mystical monism not favored in Judaism, Christianity, and Islam—was the basis of a distinctively Japanese Buddhist call for individuals to identify totally with the emperor and to wage war on behalf of a divine ruler. The Origins of Religious Violence: An Asian Perspective uses a methodological heuristic of premodern, modern, and constructive postmodern forms of thought to analyze causes and offer solutions to religious violence.

Nicholas F. Gier is professor emeritus of philosophy at the University of Idaho.