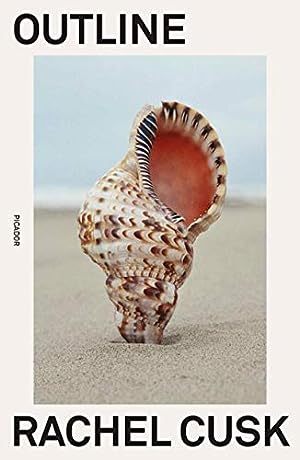 A Finalist for the Folio Prize, the Goldsmiths Prize, the Scotiabank Giller Prize, and the Baileys Women’s Prize for Fiction
One of The New York Times' Top Ten Books of the Year
Named a A New York Times Book Review Notable Book and a Best Book of the Year by The New Yorker, Vogue, NPR, The Guardian, The Independent, Glamour, and The Globe and Mail

Outline is a novel in ten conversations. Spare and lucid, it follows a novelist teaching a course in creative writing over an oppressively hot summer in Athens. She leads her students in storytelling exercises. She meets other visiting writers for dinner. She goes swimming in the Ionian Sea with her neighbor from the plane. The people she encounters speak volubly about themselves: their fantasies, anxieties, pet theories, regrets, and longings. And through these disclosures, a portrait of the narrator is drawn by contrast, a portrait of a woman learning to face a great loss.

Rachel Cusk is the author of three memoirs-A Life's Work, The Last Supper, and Aftermath-and several novels: Saving Agnes, winner of the Whitbread First Novel Award; The Temporary; The Country Life, which won a Somerset Maugham Award; The Lucky Ones; In the Fold; Arlington Park; and The Bradshaw Variations. She was chosen as one of Granta's 2003 Best of Young British Novelists. She lives in London.