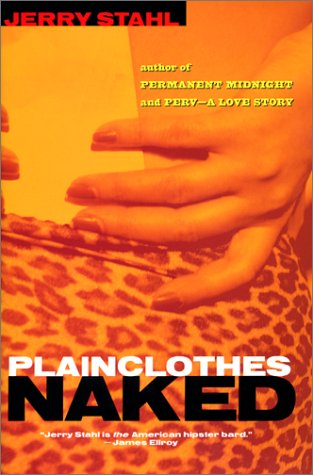 With searing wit and devastating detail, Stahl -- whose work, Jim Carroll has written, "fills the gap in American literature left void since the death of the late, great Terry Southern " -- takes us deep into the minds of addicts and detectives, fetishists and killers. It's a vision of American misfits in a world of violent crime, official corruption, drug-addled scheming, and -- perhaps strangest of all -- genuine, up-from-the-toes true love.

In a wildly careening plot that can only be described as crack noir, two pipe-heads accidentally steal a photo of George W. Bush's presidential package with a happy face tattooed on it and decide to blackmail the Republican Party. Before the crack-crazed thieves can follow through, however, a gorgeous, whip-smart young nurse absconds with the goods. But Nurse Tina's got her own problems -- she's just offed her online "money swami" husband with a bowl of Drano-laced Lucky Charms. When Manny Rubert, a scarred ex-junkie turned codeine-popping detective, is called in to investigate the "foamer" hubby's untimely demise, love hits him like a wrench to the head. Soon Manny and Tina are making plans of their own for the presidential pic -- and for their future together. But the meddling police chiefs and motel room sex-change surgeons of the world just won't leave them alone. And then there are those killer crackheads, still out there and closing in...

At once a scathing tale of contemporary insanity and a no-holds-barred, tour de force thriller, Plainclothes Naked forges violence and comedy into a criminal love story as shocking as it is transcendent.

Jerry Stahl is the author of the narcotic memoir Permanent Midnight and Perv—a Love Story, both Los Angeles Times bestsellers, as well as the acclaimed novels Pain Killers, Plainclothes Naked, and I, Fatty. He has written extensively for film and television.