Items related to On and Off the Page: Mapping Place in Text and Culture

Home M.B. Hackler On and Off the Page: Mapping Place in Text and Culture
Stock Image 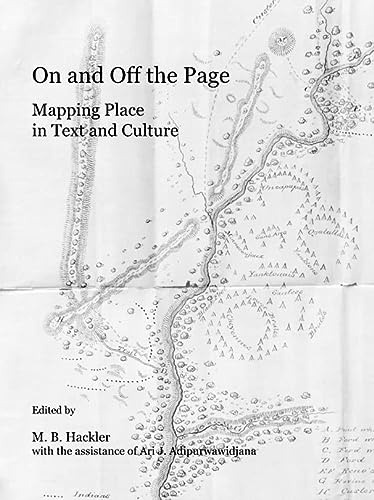 On and Off the Page: Mapping Place in Text and Culture

Title: On and Off the Page: Mapping Place in Text ...

This collection of essays, comprised of research first presented at the seventh annual Louisiana Conference on Literature, Language, and Culture, explores one of the most pervasive, vexing, and alluring concepts in the Humanities, that of place. Including essays which encompass a broad range of research fields and methodologies, from Geography to Cybernetics, it presents a cross-section of approaches aimed revealing the complex cultural machinations behind what once may have seemed a static, one-dimensional topic. Investigations into the function of place as a force in contemporary culture inevitably reveal a long history of the interplay between place and cultural product, between 'context' and 'text'. Just as traditional cultures mythologize sacred spaces, so too has Western culture sanctified its own places through its literature. Imagined places such as Faulker's Yoknapatawpha or Joyce's Dublin become the focus of conferences and festivals; authors' homes, birthplaces, and grave sites are transformed into sites of pilgrimage; locales created for television shows and movies become actual businesses catering to a public for whom the line between fantasy and reality is increasingly blurred; and persisting through the great cultural shifts of the past two hundred years is the popular and romantic notion that words, performances, narratives, and even national identities are always in some way an expression of the places in which they are created and set. With the idea of place foregrounded in so much contemporary discourse, this collection promises to enter into an already lively debate and one which, due to its relevance to where we live and how we make sense of our own 'places' within them, does not show any signs of flagging.

M.B. Hackler is Board of Regents Fellow in Folklore and Literature at the University of Louisiana at Lafayette. He is a graduate of the Program in Arts Administration at Columbia University and served as the chairman of the Louisiana Conference on Literature, Language, and Culture from 2006 to 2008. He is the editor of the collection Culture in the Wake: Rhetoric and Reinvention on the Gulf Coast, forthcoming from the University Press of Mississippi in 2009, and is currently completing a doctoral dissertation entitled "A Place Apart: British Travel Writers on the Antebellum American South."